From tears to rapid growth: How a Melbourne startup survived rejection on Shark Tank 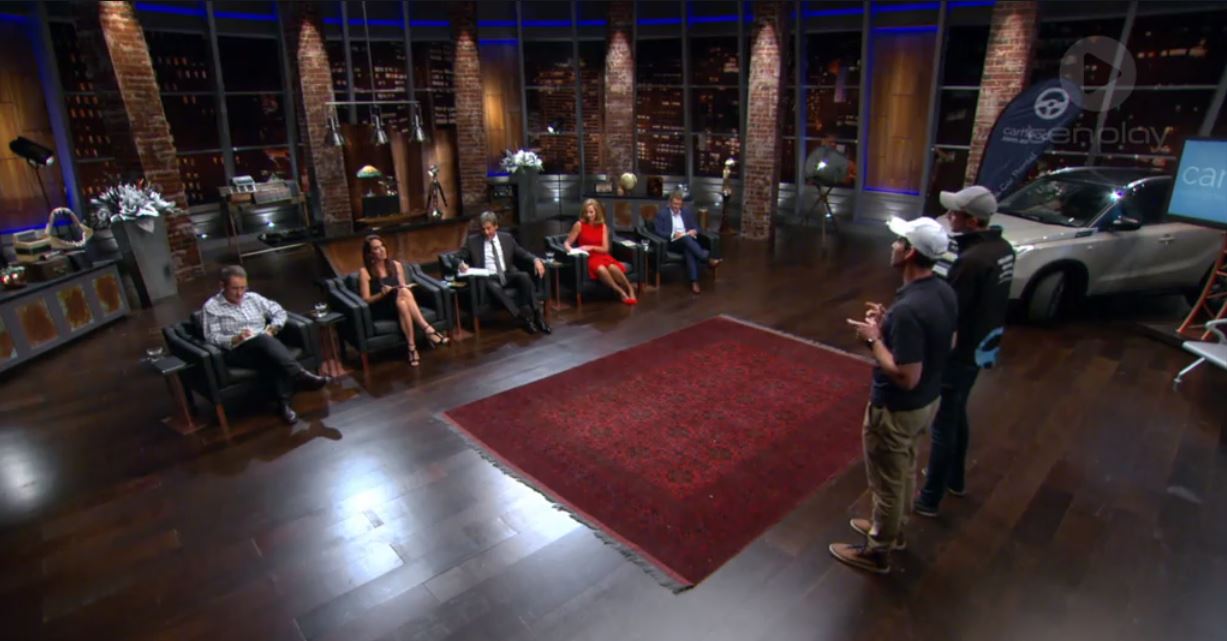 Just seconds after facing rejection on Shark Tank, a teary-eyed Christian Schaefer promised to prove the esteemed judges wrong and keep working on his startup.

Airing on Wednesday night, Schaefer and co-founder Steven Johnson pitched Carhood, their airport car sharing platform, but were criticised for the amount of equity they’d already given up in the startup.

All five judges eventually dropped out in an emotional moment in the tank.

“We’re back to square one but we’ll keep working again,” Schaefer said after the show.

“We’ll absolutely get the money – one hundred percent.”

Now, seven months after the episode was filmed, Carhood has received the funding and is rapidly growing around Australia.

“We still got the funding,” Johnson tells StartupSmart.

“I understand where some of the sharks were coming from. They didn’t want to be part of multiple rounds, they’d rather just get in and get their exit.

“It showed that we sold too cheaply too early on.”

Blood in the water

The entrepreneurs and long-time friends went into the tank asking for $500,000 in exchange for 11% of the company.

While the judges like their idea – a platform allowing travellers to rent out their cars and avoid airport parking fees – problems arose when it was revealed the pair had recently closed a seed funding round that valued the company at $1.5 million.

With the new pitch, that valuation had quickly jumped to $4.5 million. The founders projected $12 million in revenue by 2018 with a profit of $3.9 million following international expansion to the UK.

“I’m struggling to believe it. You have got a billion problems to solve in Australia before you even think about going overseas.”

Fellow judge Andrew Banks also struggled with how much equity in Carhood was given up early on, saying this will make follow-on funding extremely difficult.

“You sold that equity far too cheaply, now there’s a huge stumbling block as a structure,” Banks said.

“The first mistake an entrepreneur makes is structuring the business. Once you do that you can’t go any further.”

An emotional Schaefer described how dedicated he was to the startup.

“I’ve got everyone on the line, plus everyone I know,” he said.

This passion piqued the interest of shark Steve Baxter, but was ultimately not enough to get him over the line.

“I’m struggling because they haven’t structured themselves well, but they’ve done bloody well to get where they are,” Baxter said.

“It should have been for 10% and you’d be so much better set up.

Johnson says watching the episode when it aired was a difficult experience, but proved to have its own rewards.

“It’s not easy when you see your business partner crying on TV, and they were genuine tears,” he says.

“Our website was going crazy on the night. We had 10,000 people visiting it within the space of half an hour. Our servers were struggling but I’m not complaining.”

Seven months ago when the two founders pitched to the sharks, Carhood had 1000 members signed up, had completed 250 rentals and earned $70,000 in revenue.

In the time since filming, Schaefer has “parted ways” with the company, but Johnson says the startup has been coming into its own in recent times.

“So much has changed since then,” Johnson says.

It now has nearly 6000 members and is on the verge of signing a deal with a “major manufacturer”.

Carhood is also looking to implement a “world-first” subscription service for regularly work travellers, as well as an offering for SMEs.

Through the Carhood platform, users can offer their car for rent instead of parking at the airport, earning money through this and saving on the exorbitant fees.

The startup will also be launching in Sydney in the next couple of weeks.

“Sydney is just prime for us,” Johnson says.

“We know it’s going to be a huge success and we already have a lot of signups there.”

And an international expansion is also still on the horizon, along with a further national push into Perth and the Gold Coast towards the end of this year.

To fund the expansion plans, the startup has also opened a Series A funding round with an aim to raise about $2 million.

In terms of lessons or advice from the tank, Johnson says it’s important for founders to look at things from an investor’s point of view and be willing to be flexible.

“Don’t pitch for a large amount – you’re not likely to get it,” he says.

“A lot of founders can get overly attached to the business and fail to see an outsider’s view.

“And educating the market is a bloody expensive task.”