How a start-up tweaked its investment pitch and brought in $1.2 million via a round planned to raise $500,000 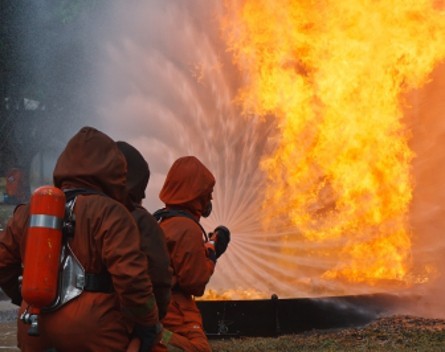 Emergency Warning Systems, a tech start-up for emergency radio broadcasts, has raised just over $1.2 million in an oversubscribed round launched to raise $500,000.

Chief executive Geoff Drucker told StartupSmart the three-year-old company had raised more than they planned to, thanks mostly to a significant restructuring of their investment seeking collateral.

The funds came from several high net worth individuals. The company has also recently received $50,000 in grants from Commercialisation Australia.

Emergency Warning Systems originally went into the investor market with a robust financial model and a 60-page long information memorandum.

“It was very comprehensive, but we realised it was too long. We turned it into a few much shorter options including a one-pager, and this meant people knew who we were and if they wanted to know more about our competitors and strategies, they would ask,” Drucker says.

“So our presentation changed from being a company with good tech to being a good investment option.”

The software enables emergency services to locate and take over the radio broadcasts of every available radio station in an area to share messages about what’s going on, and what people should do.

The team has recently done major demonstrations in Australia, Sweden, Abu Dhabi, Dubai and Qatar. They’re negotiating partnerships to cover most of the roads in Qatar, and most of Australia via Telstra’s emergency SMS network.

The funds will go towards funding the start-up’s global expansion by hiring business development managers in the US, Europe, the Middle East and Asia.

The software is able to be applied outside of natural disaster emergencies also. The Victorian Roads Commission is looking to use the software in traffic accident black spots to encourage drivers to rest.

“A number of elements suddenly made EWS attractive to investors namely, the strength of our board, the progress we have made with sales and new opportunities that have arisen as word-of-mouth builds awareness of the capabilities of our system,” Drucker says.

Prior to opening the round, the team of seven brought on board three new board members: Dr Ed Manners, previously a senior executive in Kerry Packer’s business empire; the chairman of Brumby’s Bakery, Bruce Esplin AM; and former Victorian Emergency Services commissioner and IP lawyer Michael McDonald.