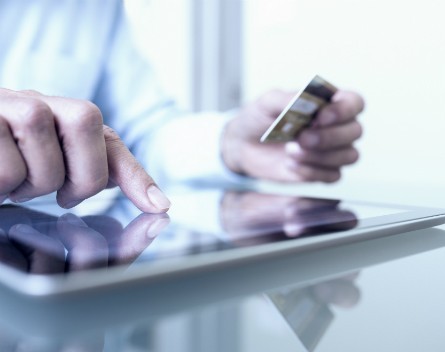 Australian fintech startups can “write history” and create the “next generation of banks” if they work together, Tyro CEO Jost Stollmann says.

The independent EFTPOS provider has just secured a huge $100 million investment round and is now looking to embark on the next big step in taking on the big banks.

But Stollmann says the time is now, and it has to be a team effort.

“Now is the window where we can make a difference.  If we are successful together with other fintech startups we can write a little bit of history.”

“It means that now the necessary preconditions have come together to build the next generation bank,” he says.

Tyro was granted a specialised bank licence by the Reserve Bank of Australia in 2005 when it was just a “startup with a PowerPoint presentation”.

In August this year it became the first Australian tech company to ever receive a full banking licence, meaning it can now accept deposits and advance money to businesses.

“We are the brainchild of the Reserve Bank, who was interested in bringing some innovation and competitive tension to a market dominated by the oligarchy of the retail banks,” Stollmann says.

“Now we want to build the next generation bank that provides fair and transparent banking to small and medium businesses and growth businesses. All of the country’s prosperity depends on them.”

Tyro has enjoyed strong and sustained growth recently, with revenue rising by 38% to $72.4 million, and the startup now serving 14,000 businesses and processing over $8 billion transactions annually.

It now has a team of 150 software engineers and plans to triple this number next year.

“Our uniqueness is that we marry banking skills with tech skills,” Stollmann says.

“Next year will be the year when we build the deposit book, then followed by a lending book.

“Building a next generation bank is complex so we are respectful of how much effort is involved.”

A change in the narrative

The recent change in Australian leadership has helped contribute to this new narrative, Stollmann says, but the real test will come with the federal government’s upcoming innovation statement, expected next week.

“This can be the first proof point that some overdue reforms are happening,” he says.

“Why don’t they just shamelessly copy what has made London successful as a first step?

“Some of the major issues are to make the tax treatment of early-stage investment more favourable. It’s about how we can create a regulatory system that is more attuned to the risk that new models bring to the system.”

This change in mood is encouraging more people to leave corporate jobs and join or create these fintech startups, he says.

“We’re seeing more people coming out of comfortable offices and trying something on their own,” he says.

“A lot has to do with the mood – it’s changing and that brings good people, capital and initiatives together. It’s not nearly enough yet though – this has to be sustained and expanded.