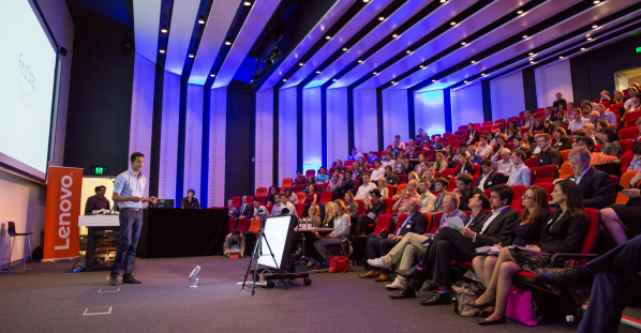 James Alexander was a student at the University of Sydney when he discovered there was “tiny bit” of money left over for arts grant.

The opportunistic entrepreneur quickly threw his hat into the ring.

“Look, I want to help students that want to start tech companies, can we use some of that?” Alexander asked the uni.

“From there we formulated a plan to put it to use.”

As he explained in an AMA session run by Blackbird Ventures, Alexander quickly discovered an overwhelming demand for his student-focused startup accelerator Incubate from his cohort.

“We were so worried we wouldn’t get any interest that we booked two rooms for our launch night – one with capacity for 40 people and the other for 120,” he says.

“Luckily we packed it out and showed a huge pent up demand at USYD for startups.”

The cash-strapped early-stage organisation only had the funding for four startups to go through the inaugural program, until Freelancer founder Matt Barrie stepped in.

“On our launch night he decided to chip in there and then and we doubled our grant pool thanks to our contribution,” Alexander says.

The founder was 24 at the time, and has since grown Incubate into a successful accelerator focusing on students. Fifty startups have now passed through its doors, with its alumni network now worth more than $30 million.

In the Q&A sessions, Alexander provided many useful takeaways and tips for other founders and entrepreneurs.

When you need to go in

A common question asked by student founders is when to forgo studies to focus on a business full-time.

Alexander says that the tricky part is working out when is the right time to make this leap.

“When they’re ready they have to go all in – the question is when is a good time,” he says.

“Generally there is some validation and prototyping work they can do while studying but at some point they have to make the decision to commit to building the business.

The role of universities in building an ecosystem

Alexander says that Australia’s universities have a crucial role to play in growing and nurturing the wider startup ecosystem.

“Student entrepreneurship has to be encouraged and supported at all levels, and should not be owned by any one faculty,” he says.

“Entrepreneurship by nature is cross-disciplinary and needs to accommodate that.”

These large organisations also have an important role to play in making Australian culture less risk-adverse, he says.

“The reality is still that the best thing or success is to become a lawyer, consultant or doctor in Australia,” Alexander says.

“To me success should be about empowering young people to create huge amounts of value. Universities play a crucial role in changing this narrative.”

To further grow the wider startup community, all the different players need to be working together, Alexander says.

“People always ask how we can become the next Silicon Valley and the answer is you need a lot of core elements,” he says.

“Accelerators are one part of that but the network effect of people having a go shouldn’t be under-stated.

“So while three accelerators might directly help 30 companies, the way those founders influence others means the impact is much greater.

“What that means is every organisation has a part to play in this ecosystem, whether it be universities, wannabe founders, corporates or investors.

“Unless they’re all playing you won’t get scale.”