How a T-shirt can help build a team 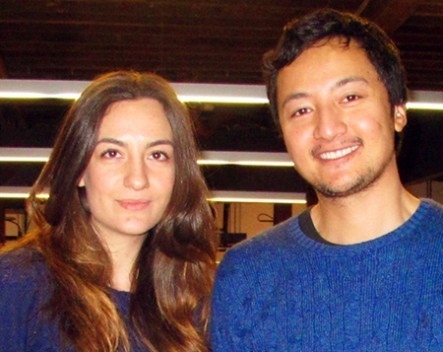 Education marketplace startup WeTeachMe had a secret weapon when it came to building trust and a sense of ownership with its virtual team – T-shirts.

The startup, which earlier this year was a joint winner of Oxygen Ventures’ The Big Pitch event, is a marketplace for education classes. It allows users to find local cooking classes, painting classes, dancing courses and just about any other informal education course you can think of.

Co-founder Demi Markogiannaki says once WeTeachMe reached a point where the team felt they could justify hiring people, they couldn’t afford to hire a team locally. So they looked to the Philippines and built a virtual team, which came with its own challenges.

“I’ve never done anything about building teams or anything like that, so that was another learning process,” Markogiannaki told a Pulse Melbourne event last week.

“When you’re not talking to someone in person, but you’re seeing them once or twice a day – like through Skype – you need to establish a close relationships, you need to make them part of your team.

“You need to make them follow you and believe in your vision. And part of that was really hard.”

So the WeTeachMe team purchased its entire staff branded T-shirts, and while Markogiannaki says it’s not the be-all and end-all of team building, it made a difference.

“They would wear it of a morning and say, at least I know which company I am working for,” she says with a laugh.

“We made sure they had everything they needed, all the resources required, and slowly we scaled the team up.”

WeTeachMe was founded following a Launch48 startup event in Melbourne. Markogiannaki says she was involved for no more than a bit of fun.

“We started with no funding at all, we didn’t even fund it (ourselves), we all had different skills that allowed us to pretty much bring this product to market,” she says.

“We worked from cafés, city libraries, anywhere there was a space to get it up and running. We’d take turns going to each other’s house.

“I’m really proud of how far we’ve come so far.”