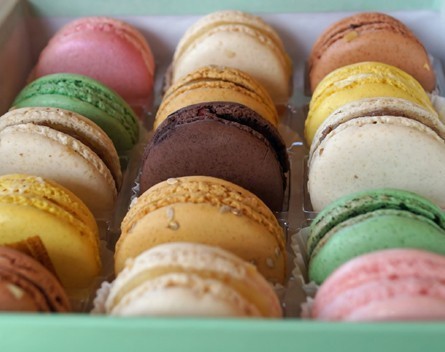 The director of customer engagement startup Quantify, Alan Gourdie, used this as an example of how these principles can be used by big, traditional companies as well as high-growth tech startups.

Speaking at the Lean15 conference in Wellington, New Zealand, Gourdie talked about working with the large corporation and showing them how to work like a startup.

He said Griffin’s Foods was put up for sale in 2014 and wanted to launch in the south-east Asia market to improve its prospects. Due to the impending sale, speed was of the essence.

“They realised the cost of failure was going to be extremely high and they couldn’t have the normal risks associated with product-market fit,” Gourdie said.

“They decided they would use the lean startup methodology to improve and de-risk the process.”

In contrast to what many other large corporations would do, Gourdie said Griffin’s researched the market and discovered a gap before actually developing a new product.

“That’s the main idea: do nothing until you’ve found a problem worth solving,” he said.

“They tested a number of markets before creating a solution.”

After identifying some problems, the company then took another route often travelled by startups, developing ten new snacks in a rapid fire manner to get it to consumers as quick as possible, while many businesses would wait until the product was ‘perfect’ until testing it.

“Develop a product that is simply the cheapest way possible to get the proposition in front of consumers as fast as possible,” Gourdie said

Bear-shaped cookies were eventually the winner, and were out in the general China market within six months.

“This was something Griffin’s hadn’t done before, they weren’t used to these quick turnarounds,” Gourdie said.

This would have been even quicker if the traditional structure of the corporation hadn’t held it back, he said.

“The gravitational pull of the mothership started to gradually change the practices in the company, usually detrimentally.”

Lessons for all startups

Thanks in part to the quick success in China, Griffin’s Food was acquired by Universal Robina last year for NZ$700 million.

In a testament to the effectiveness of these startup methods, Robina then tested the company’s products in the Philippines, and the newly developed cookies were in the most popular, above others that took much longer to gain traction.

Although most startups aren’t in the bear-shaped cookie game, the success of Griffin’s offers some lessons for all founders and entrepreneurs, Gourdie said.

“Don’t spend months and hundreds and thousands of dollars doing quantitative and qualitative research to get that problem defined,” he says.

“Get these development products in front of likely consumers then move into your MVP.

“That’ll give you real answers from real people about what you’re really going to provide customers.”