How Aussie start-ups can crack the US 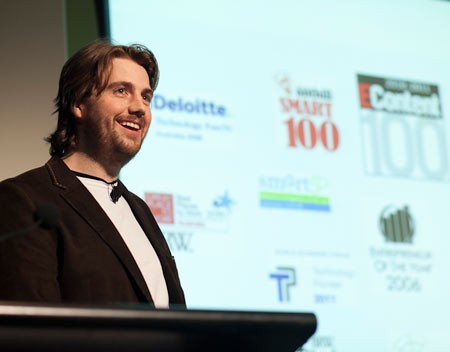 Atlassian is held up as something of a trailblazer among Australia’s start-up community, and with good reason.

The business, which creates enterprise and developer software, pulled off one of the biggest investment deals in Australian IT history when original Facebook backers Accel Partners ploughed $US60 million into the venture in July last year.

Atlassian was founded in a bedroom by Australians Scott Farquhar and Mike Cannon-Brookes in 2002, who were both 22-years-old at the time. The company now has more than 20,000 customers in 140 countries.

But Atlassian hasn’t just taken the money and run. It is still headquartered in Sydney and the founders play an active role in developing the next generation of Aussie tech start-ups.

Both Farquhar and Cannon-Brookes, fourth in this year’s BRW Young Rich List with a combined wealth of $360 million, are mentors for the Startmate program and have thrown their weight behind the Launch48 scheme.

Working there isn’t too bad either – Atlassian has been ranked near Google as one of the best places to work in the world.

Cannon-Brookes is also involved in the Advance Innovation Program, which recently kicked off in Sydney and Melbourne. Advance is the leading global network of Australians living overseas, with more than 20,000 people in 80 countries.

He speaks to StartupSmart about Australia’s start-up scene, his tips for entrepreneurial success and why he dislikes the “build to flip” business model.

How are Australian start-ups doing in the US at the moment?

Probably the best that we’ve been doing in the last five years. There have been a series of Australian successes over in the US, both large and small businesses.

We’ve been helped by the fact there is a more global outlook now from the US. Investors there are looking outside the US and Australia appeals to them.

Did you purposely build Atlassian so that it would catch the eye of a US investor?

I don’t think we built it for investment, as such, but we built it to be successful. It’s important to get things right such as IP and legal structures.

You need to get advisors in and get your ducks in line early. We did that and it helped us.

Investors would say “Tell us about your IP” and, boom, there are the documents. They will ask you about the market and you’ll have a decent answer for them. That impresses investors.

When both parties can do due diligence easily, you feel better about things. Ultimately, though, someone giving you $20 million will care about the details. If someone investing $100,000 cares a huge amount about the details, they are probably not for you.

Was the process tricky?

I’d say it was controlled and executed well. We didn’t have a huge amount of difficulty, but we had to make sure the process, which took a few months, didn’t mean that we took our eye off the ball. We had to keep the business going.

You have to treat it as a hiring exercise. You have to get the best you can get, of course, but you also have to remember that, hopefully, you will be with these people for a few years.

You need to trust them and have that personal connection. The big asterix next to that is that you need to keep the business moving forward. That is more important than getting hung up about investment.

We chose a very reasonable investor. When we said something would take a week to get back to them, they weren’t bothered. It’s a good sign if an investor isn’t hung up on details. It shows you that they value the business for what it is and its potential.

Were you ever pressured into moving to the US?

Not really. When you get funding north of $20 million, the expectation to move is a lot less. They don’t want to screw up an established business by moving them.

When the numbers are smaller, especially if it’s just a couple of you, they will probably look for you to move.

From the early days at Atlassian, we never thought about moving. We’ve maintained a strategic advantage being in Australia. We are a big fish in a small pond, which has aided us.

Why philanthropy doesn’t have to come at the cost of startup success
First-party data: Your eight-point checklist to building, implementing and refining your strategy
Five simple strategies to maintain complex cloud security
Want a successful influencer marketing strategy? Follow these three steps
What is SmartCompany Plus?