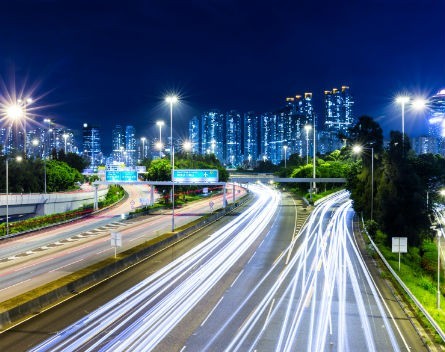 By 2050, the United Nations predicts that around 66% of the world’s population will be living in urban areas. It is expected that the greatest expansion will take place in developing regions such as Africa and Asia. Cities in these parts will be challenged to meet the needs of their residents, and provide sufficient housing, energy, waste disposal, healthcare, transportation, education and employment.

So, understanding how cities will grow – and how we can make them smarter and more sustainable along the way – is a high priority among researchers and governments the world over. We need to get to grips with the inner mechanisms of cities, if we’re to engineer them for the future. Fortunately, there are tools to help us do this. And even better, using them is a bit like playing SimCity.

Cities are complex systems. Increasingly, scientists studying cities have gone from thinking about “cities as machines”, to approaching “cities as organisms”. Viewing cities as complex, adaptive organisms – similar to natural systems like termite mounds or slime mould colonies – allows us to gain unique insights into their inner workings. Here’s how.

Complex organisms are characterised by individual units that can be driven by a small number of simple rules. As these relatively simple things live and behave, the culmination of all their individual interactions and behaviours generate more widespread aggregate phenomena. For example, the beautiful and complex patterns made by flocking birds are not organised by a leader. They come about because each bird follows some very simple rules about how close to get to each other, which direction to fly in, and how to avoid predators.

Similarly, ant colonies can exhibit very sophisticated and seemingly intelligent behaviour. But this sophistication doesn’t come about as a result of a good leader. It is the result of lots of ants following relatively simple rules, without any regard for the bigger picture. It is easy to see how this perspective could be applied to human systems to explain phenomena like traffic jams.

So, if cities are like organisms, it follows that we should examine them from the bottom-up, and seek to understand how unexpected large-scale phenomena emerge from individual-level interactions. Specifically, we can simulate how the behaviour of individual “agents” – whether they are people, households, or organisations – affect the urban environment, using a set of techniques known as “agent-based modelling”.

This is where it gets a bit like SimCity. It’s apt that the computer game was originally based on the work of Jay Forrester, a world-renowned system scientist with an interest in urban dynamics. In the game, individual agents are given their own characteristics and rules, and allowed to interact with other agents and the environment. Different behaviour emerges through these interactions and drives the next set of interactions.

But while computer games can use generalisations about how people and organisations behave, researchers have to mine available data sets to construct realistic and robust rule sets, which can be rigorously tested and evaluated. To do this effectively, we need lots of data at the individual level.

These days, increases in computing power and the proliferation of big data give agent-based modelling unprecedented power and scope. One of the most exciting developments is the potential to incorporate people’s thoughts and behaviours. In doing so, we can begin to model the impacts of people’s choices on present circumstances, and the future.

For example, we might want to know how changes to the road layout might affect crime rates in certain areas. By modelling the activities of individuals who might try to commit a crime, we can see how altering the urban environment influences how people move around the city, the types of houses that they become aware of, and consequently which places have the greatest risk of becoming the targets of burglary.

To fully realise the goal of simulating cities in this way, models need a huge amount of data. For example, to model the daily flow of people around a city, we need to know what kinds of things people spend their time doing, where they do them, who they do them with, and what drives their behaviour.

Without good-quality, high-resolution data, we have no way of knowing whether our models are producing realistic results. Big data could offer researchers a wealth of information to meet these twin needs. The kinds of data that are exciting urban modellers include:

These data can often be refined to the level of a single person. As a result, models of urban phenomena no longer need to rely on assumptions about the population as a whole – they can be tailored to capture the diversity of a city full of individuals, who often think and behave differently from one another.

There are, of course, serious practical and ethical considerations to take into account, when integrating big data into urban models. The volume of background noise in new data sources can make it difficult to extract useful and reliable information. For example, it can often be difficult to distinguish Twitter messages posted by bots from those by real people.

We must also make sure that we understand who is well-represented in our data, and who is not. The digital divide is alive and well and research suggests a class divide separating those who do and do not produce digital content. This means that there are probably large sections of the population missing from data sets.

We also need to find new ways of making these methods ethical. Traditionally, consumer and research ethics have been structured around informed consent. Before taking part in interviews or surveys, participants need to sign consent forms that give the researchers permission to use their data. But now, individuals are digitising aspects of their lives such as moods, thoughts, feelings, and behaviours that have historically gone undocumented. And, importantly, these are often released publicly on the internet.

And while an individual might have ticked a box that gives permission for their data to be used, that’s no guarantee that they’ve read and understood the terms. iTunes’ June 2015 terms and conditions, for example, are more than 20,000 words long (20 times the length of this article). Researchers and service providers need to ask themselves how many people really get to grips with these documents, and whether their agreement fulfils our idea of consent.

We may never be able to simulate every individual in a city, and we’ll probably never want to. But we are getting closer to being able to simulate the richness of the fabric that weaves together to shape our cities. If we can do this, then we will be able to provide useful input on how best to shape cities in the future – perhaps even down to the last street light, bus and block of flats.