How CareMonkey emerged from a moment of parental panic: Startups are Scary series 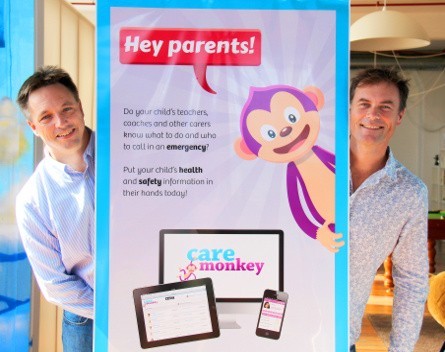 CareMonkey co-founder winner of our Best Startup Idea award at the 2014 StartupSmart Awards, Troy Westley, had worked in IT roles for decades, and spent the better part plotting his escape to launch his own business, but it took a tough moment as a dad to find the courage to make it happen.

With seven kids aged between two and 20, quitting his day job was never going to be easy.

It was when he was working for Google that he decided to take the plunge and make the time to develop his startup ideas, taking on a six-month contract for part-time work with a friend.

“I realised that I’d just spent another six months building someone else’s business and nothing on my own. A lot of my free time was spent working on hundreds of app ideas, but I realised I had to bite the bullet, grow a pair and go it alone for a bit,” Westley says.

But the impetus didn’t hit him with enough force until he rediscovered an asthma plan, complete with detailed symptoms and how to respond, created for one of his sons, gathering dust in the back of the filing cabinet in his home office.

“Here was a document painstakingly designed by a doctor to save his life. And no one was using it or knew it existed. I felt embarrassed and ashamed as a parent,” Westley says.

From his own gut-churning guilt came Westley’s realisation there must be thousands of parents across Australia and millions worldwide that must have the same issue, and his startup was born.

It took Westley over a year to get CareMonkey, a system sharing parent-managed care plans and permission slips with teachers and carers, to market. They launched in November last year.

“My biggest mistake so far was not bringing on a technical co-founder early enough,” says Westley. “I started my career as a programmer but my skills were old and my strengths are elsewhere now.”

Westley found his co-founder Martin Howell via a co-founder speed dating event. He didn’t go to the event, instead exploring the profiles of all the candidates and reached out to Howell.

Howell not only had recent Ruby on Rails coding experience, but also had built a groups management system, the critical component in CareMonkey’s commercial model, which is free for parents to use. Schools, clubs and businesses pay an annual subscription.

“It’s hard to work out how much equity each person gets. It was my idea and I’d been on it for over a year, but Martin brought the groups management software to the table. We didn’t pull out spreadsheets, we’d both been working on a project for a year and we merged them and became co-founders.”

The team now includes four developers including Howell, and five salespeople including Westley, whose wife also helps with the startup.

Despite only being in the market for four months (including two of school holidays), CareMonkey is now being used in 40 schools.

Westley plans to be in hundreds of Australian schools by the end of this year and they’ve just started exploring the United States as their next market.