How digital currency can transform the world: Richard Branson 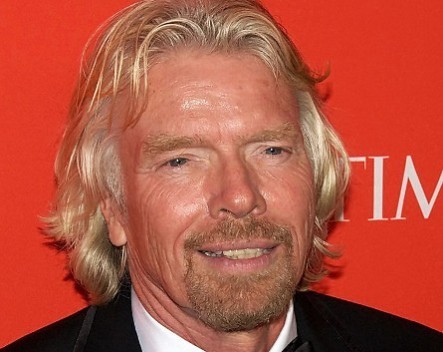 There aren’t many things that have come close to capturing my imagination like the idea of going to space has. However, last year it was thrilling to be able to help bring together two of the world’s most exciting innovations.

Bitcoin is making considerable waves in the finance sector. I have invested in bitcoin because I believe in its potential; the capacity it has to transform global payments is very exciting. It has been obvious to us all for quite some time that people aren’t satisfied with the business-as-usual approach adopted by the major payment networks.

There’s a real desire for greater levels of control, freedom and scrutiny over what happens with our money, bitcoin addresses these concerns and that is why so many people believe it represents the future.

While many of us are excited about the possibilities bitcoin has to offer, I’m not sure any of us would argue that it comes without problems. There undoubtedly needs to be work done to ensure that bitcoin operates under a best practice regulatory regime.

The Australian Digital Currency Commerce Association – led by their chairman Ron Tucker and other bitcoin industry leaders – has been working hard to achieve this goal and deserve credit for their efforts. And while there is appetite in some corners for a strongly enforced, centrally governed rulebook, there are merits to the idea of a self-regulatory model.

It’s important to note that while the established online payment systems will be disrupted by bitcoin, it also has a lot to gain from bitcoin’s presence. Services will be given the opportunity to make themselves more responsive and price competitive, who wouldn’t want to offer that to their customers?

It feels strange to think of a world without cash, no more coins or notes for us to find down the back of the sofa, but it appears that’s the way things are heading. Through making investments in the likes of Square and Blockchain, I hope to be a part of what could be a democratisation that helps to put more power and control back into the hands of the everyday citizen.

Next month’s G20 Summit in Brisbane, Australia offers a great opportunity to keep the conversation around digital currencies going. One of the great things about all the innovations we are seeing in both currency and payment is that the technology is lowering cost and increasing convenience, therefore it’s crucial that everyone has the understanding and access to enable it to work for them.

Making sure that conversations around this are happening at the highest level will hopefully result in common sense reforms to areas such as taxation and law enforcement, which will be of real benefit to all concerned.