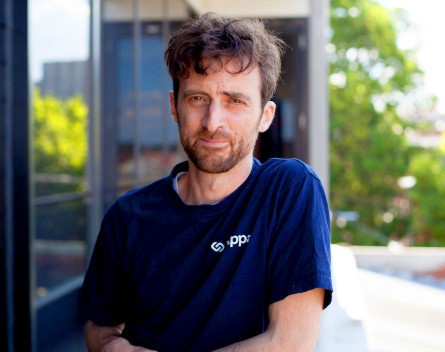 At a time when many Australian exporters are suffering because of the strong dollar, one start-up is making it big online.

Melbourne-based Flippa has just broken through the $100 million turnover milestone just four years after it launched. Almost as impressively, just 5% of its traffic and business comes from Australia.

Founded as a spin-off from Sitepoint by Mark Harbottle, Matt Mickiewicz and Dave Slutzkin, the venture allows for the “flipping” of websites by creating a marketplace for them to be bought and sold.

The business, which has 14 employees, posted revenues of $3.2 million last year and was highly placed in this year’s StartupSmart Awards.

StartupSmart speaks to Slutzkin about how Flippa has attracted an army of customers with almost no marketing.

What’s the philosophy behind Flippa?

We think that our customers have the best ideas. Sitepoint had a lot of clever people using it who sold websites on its forums. It made sense to formalise that role and create a proper marketplace with a structured place to sell a website.

So four years ago, we spun Flippa out and it has grown strongly. We’ve made it 10 times better than it was at the start, I’d say.

How many sites have been sold through Flippa?

About 100,000 sites have been sold. At entry level of the market, have lot of sites selling for $300 to $500. There is a good group of sellers there but the buyers quite disparate.

And then at the other end, when you’re looking at sites worth $50,000 to $300,000, you have sellers who drop in once, because not many people have that many valuable sites to sell, but buyers hang around. A lot of the buyers are investors and entrepreneurs looking to make money off valuable sites.

On pricing, we leave it up to the market because people out there are a lot better at that kind of thing. Safety is the most important thing, so we do a lot of vetting.

Once in a while we are proven wrong in value; people see things they really value that we don’t. So it’s best left to the market.

If you put a lot of work into something, you value that work fairly highly. A year of your time is worth a lot of money.

What has been the most expensive site sold on Flippa?

We sold a site for $830,000, which was a private transaction that only the buyer saw.

Other than that, Inquisitr, at $330,000, is a pretty good Australian example of a site that sold for a decent amount of money.

Is your pricing strategy is similar to eBay?

We take small fee up front (of $29) because you need barrier to entry to avoid being flooded by every site in the world.

But it then works like eBay in terms of promoting the site to sell, such as adding pictures and making the listing in bold.

We ask almost every day ‘what would eBay do?’ They are a great company, so it would be folly to ignore them. They’ve got a few more people than us, so I think they know what they are doing when they change something in the selling process.

We don’t slavishly follow them, but we certainly note what doing.

You have to prove you own the site, which you can do by adding a meta tag front tag, or by sending an email from the domain address. That takes 30 seconds.

The seller has to write a pitch themselves to says what the site is, why it’s good, and why they are selling.

‘Why are you selling it?’ is a big question. It might be just because you’re bored. But we encourage people to put as much information as possible.