How Freelancer.com’s $US400 million takeover offer compares with other recent tech deals 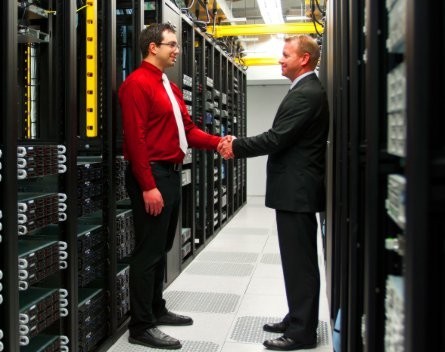 It’s a hefty chunk of money for a company that grew out of chief executive Matt Barrie’s garage.

If the $US400 million offer for the global online outsourcing platform is accepted, it’s likely to be one of the biggest technology company deals done in Australia this year.

Here are some of the top technology deals in Australia in the past 12 months whose dollar value has been reported, from data compiled by Charles Lindop of KTM Capital:

In March this year M2 Telecommunications bought phone and internet provider Dodo Australia and telecommunications infrastructure company Eftel for $248 million. M2 said in a statement at the time Dodo and Eftel were highly complementary to its “sizeable” consumer division. “The acquisitions are an excellent complement to our consumer division and combined, our business possesses an excellent capability to grow our share of both the consumer and small to medium business market,” M2 chief executive Geoff Horth said.

2. Corporation Service Company and Melbourne IT

Melbourne IT sold its Digital Brand Services division to US-based Corporation Service Company for $152.5 million in March. DBS provides online brand protection and consultancy services to global organisations. “While this was not a business that we had specifically earmarked for sale, given the value creation provided by the transaction, this was an opportunity which could not be ignored,” Melbourne IT chief executive Theo Hnarakis said in a statement.

UK betting giant William Hill took a punt on bookmaker Tom Waterhouse’s online business last month in a deal that could be worth up to $104 million. Under the deal, William Hill paid $34 million up front, and a potential further $70 million if certain earnings targets are met. “International expansion is a key part of William Hill’s growth strategy and making Australia our second home is our priority,” William Hill chief executive Ralph Topping said in a statement.

Internet provider iiNet offered to buy South Australia-based Adam Internet for $60 million in August. Telstra had tried to buy Adam but was thwarted by the Australian Competition and Consumer Commission. “We believe that this transaction provides real benefit to Adam Internet’s customers and staff as it aligns them with iiNet, Australia’s leading ISP in customer service,” Adam’s chief executive Greg Hicks said.

Travel booking website Webjet snapped up fellow online travel agency Zuji for $25 million in December last year. Webjet managing director John Guscic told SmartCompany the deal represented a unique opportunity to substantially expand Webjet’s marketing footprint, particularly in Asia. “We’ve known Zuji since its inception and we know they’ve built out a very attractive business in Asia and we have a desire to expand into the Asian markets and Zuji has given us the platform to achieve that,” he said.

In July SMS Management & Technology bought IT infrastructure and managed services company Indicium for $22 million. SMS CEO Tom Stianos said in a statement at the time: “The acquisition of Indicium supports our growing Managed Services and Infrastructure Consulting capability, and meets our strategic imperative to increase our annuity revenue. This is a high growth segment of the market and Indicium will accelerate SMS’ offer of managed services in the cloud market.”

The supermarket giant took a 50% stake in Quantium, Australia’s leading data consultancy, for a reported $20 million in May. Quantium said in a statement it would provide a “wide range of data, analytical, media and software services to Woolworths as well as help deliver customer insights to Woolworths’ suppliers”.

And where would the Freelancer.com deal rank among deals in the world? Pretty highly according to data compiled by Australian investment firm Right Click Capital.

While it’s nowhere near the $US130 billion deal Verizon Communications has made to buy Vodafone’s 45% of Verizon Wireless this month, or Microsoft’s $US7.2 billion takeover of Nokia, it’s not far off the €360 million ($US477 million) paid by French payment solutions provider Ingenico for online payment provider Ogone in January.