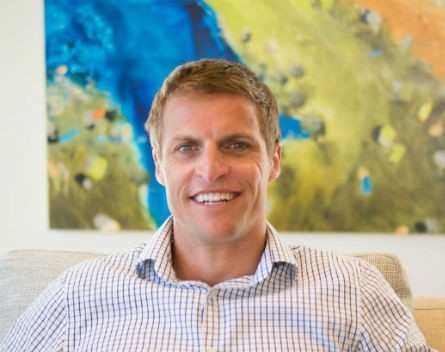 Getting sacked from a good job at a major bank for being too drunk at the company cocktail party would be enough to halt – or at least impede – the career ambitions of most young software developers.

For Strode, getting fired from Macquarie Bank in 2002 at age 28 for having “one too many drinks” at a company event was the catalyst for success.

“In the end, that was the best thing that ever happened to me,” he says, speaking toSmartCompany from Palo Alto, San Francisco, where Invoice2go set up shop six months ago.

“Otherwise I would have been too loyal to that job.”

Having built the first iteration of the Invoice2go app, Strode was comfortably living off the income of his well-paying Macquarie gig and was not ready to give up that security to go it alone in the startup world.

“The app had just started to equal what I was making at Macquarie. So I had two incomes, but it wasn’t enough to edge me out on my own. I mean, how do you go start something out on your own when you’re actually doing alright?”

But Strode had plenty of first-hand experience seeing how tough it was out there for small business owners. He’d grown up in the Victorian regional town of Wodonga, with his parents running one of the local caravan parks.

“When you live in the caravan park, it’s 24/7. Even when you’re trying to relax, you’ll get a knock the door. It teaches you a work ethic, definitely, they [my parents] worked a hell of a lot harder than me,” he says.

Seeing his parents, as well as several of his siblings who operated their own trade businesses, drown in paperwork on top of their other business obligations led Strode to the idea of Invoice2go – a simple-to-use invoicing app that prepares and send invoices from small business owners to their clients instantly, helping them get paid quicker.

“I saw the paperwork and thought, there’s got to be an easier way,” he says.

“When I first made the app, there were four people in my immediate family who put their hands up to test it out… then I knew it had so much potential.”

He was right. Twelve years later, more than 100,000 businesses now use Invoice2go and Strode’s company is worth more than $US100 million ($A115 million).

On his way to an NBA game in San Francisco, Strode chats with SmartCompany about how he went from an unemployed developer to Australia’s newest $100 million man.

When he’s in Australia and not visiting one of Invoice2go’s two international offices in San Francisco and Jakarta, Strode is up at 5.30am for some exercise. That could include a jog, a trip to the gym or dealing with the general chaos that comes with having three children under the age of 10.

After some eggs or cereal, he’s off to Invoice2go’s trendy north Sydney offices.

Strode says his day mostly consists of “hanging out” with his team of developers or attending any number of Skype meetings.

“I’m almost on Skype half the day,” he laughs.

Strode says Invoice2go is in the midst of a hyper growth phase and is doing a lot of recruiting. It’s a process Strode likes to be heavily involved with, saying he sees many of his staff as friends.

“We try to get results of course, but I see all the guys I work with as good mates. I’m far more comfortable hanging out with those guys because I like talking about developing.”

Strode says he lived the life of an obsessive developer himself for about 10 years, coding all night and straight through Christmas some years. He says one of the hardest challenges he’s faced with growing his company is letting go of something you once had complete control over.

“It’s definitely hard to let go, without a doubt it takes a lot of work to learn. But you realise there’s people who are better at it than you. As you transition out of each of those roles, you depart knowledge on those guys.”

Strode’s big on ensuring communication is a key part of Invoice2go’s culture, making sure he carves out even a few minutes each day to personally talk to each of his staff members.

“I like to just walk around every day and have a chat with everyone in the office. That’s where you get the best ideas.”

With multiple offices open 24/7, Strode admits it can be tough to switch off his brain – let alone his phone.

“Oh, I never switch off my phone,” he laughs. “I don’t know if anyone turns off their phone these days.”

While he confesses he can sometimes turn off his brain while sitting on the couch after a drink, he believes he is naturally a fairly contemplative guy.

“Even when you’re a kid, if you’re a thinker, you’re always thinking about the world, you never stop,” he says.

But Strode says you will find him most relaxed when he’s able to get out on the water – on the boat, jet skiing or surfing – or just spending time with his kids.

Strode says Invoice2go is focusing on being the market leader in app invoicing.

“We are the market leader now, but our biggest competition is pen and paper,” he says.

“There are 100 million small businesses worldwide, that’s huge potential. We want to be the best invoicing app in all regions, all over the world.”

To complete that goal, Strode says he is on a mission to find the best people and perfect the app for users.

“You can’t just be the best and sit there and not innovate,” he says.