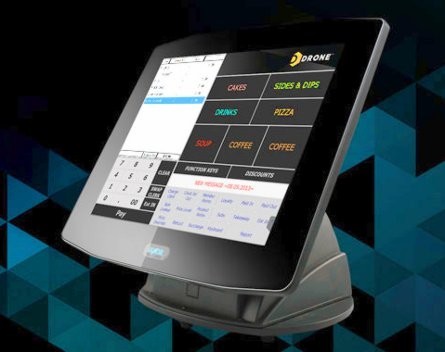 Shift8 has set up its franchise point of sale system in 700 shops since signing its first customer in 2012. In 2014, the company plans to double customer numbers again by expanding to Singapore and New Zealand.

Co-founders Jonathon Britton, Yvette Anelli, Amy Renae and Alden Zhou all worked in franchising for years before designing the Shift8 system in 2009.

The software enables franchisors or owners to combine many administrative tasks into one system and see real-time reports of all of their stores.

Britton told StartupSmart they engineered the start-up to grow quickly. By targeting corporate franchisors rather than individual stores, the time invested in the sales process creates tens or hundreds of stores rather than one or two.

“The big reason we’ve grown so fast is we were careful to launch a product that just wasn’t in the market anywhere else. We still don’t have a client with only one store and we’re keen to stay that way,” Britton says.

Despite the rapid growth, Britton says the team is eschewing the gung-ho entrepreneurial image and staying focused on building a sustainable business.

“The team has a very strong background in accounting, so we don’t rush anything. We like to consider things carefully and that’s been a big part of our success,” Britton says.

The biggest challenge for the Shift8 team has been launching a business that required a skill that none of them had experience in – logistics.

Shift8 often has to coordinate the delivery and set up of point-of-sale terminals in multiple stores opening on the same day across the country.

“Supply chain organising was a big challenge because none of us had really done that on a nation-wide scale before. To be very frank there was a lot of trial and error there, and identifying exactly where we want wrong and learning,” Britton says.

Shift8 received $400,000 in angel funding early in their journey. Britton says it’s likely to be the only funding they take now they’ve created the product and sales pipelines.