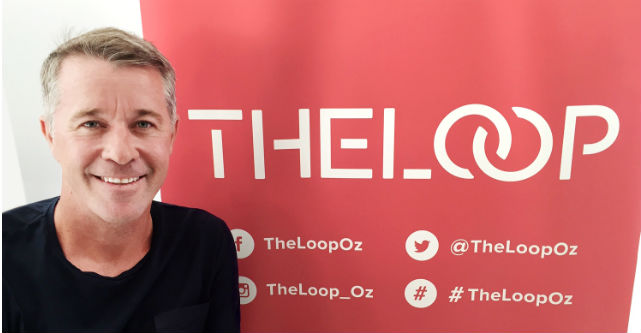 Going back to basics and focusing on one key offering helped a former MTV digital director to build Australia’s largest professional creative community.

The startup has now launched the  “Gigs” service,  which  enables freelance creatives to respond to short term projects like logo design, film editing or photography.

Fayle says their entire focus now is on delivering products and services to give this community what they want.

“The Loop is about sharing content, it’s about being inspired, it’s about up-skills, finding creative work spaces, networking and looking for new opportunities like Gigs,” Fayle  tells  StartupSmart.

Before the Loop became one of Australia’s largest professional communities for creative professionals, they experimented with other revenue streams.

Fayle says they were heavy on events with brands like Apple and at festivals like Pause Fest.

“We ran portfolio masterclasses that were very staff heavy and time consuming,” he says.

But the original idea for The Loop was based on creating a platform to enable creative professionals to connect with each other and businesses to commercialise their skills.

“The idea really came from a lot of people asking me from my days as the digital director of MTV to build them a site,” Fayle says.

Although events were great for branding and partnerships, Fayle says they didn’t fit with The Loop’s long-term strategic vision.

“We’re not an events company,” he says.

With the underlying goal of creating new opportunities for creative people to make money, Fayle zeroed in on a key focus.

The Loop’s team was cut back from 20 people to just seven specialising in product development and testing.

“We had a sales team and you can’t sell people jobs,” Fayle says.

“It’s like haircuts, you get one when you need it.”

The team operates out of Australia and Sri Lanka where his CTO Asanka Dewage is based.

“We’ve been very careful on who we partner with, the brands that advertise on the site and if we add a new revenue stream, asking if it helps a creative person in their career,” Fayle says.

Reflecting back, Fayle says tough decisions were always part of the journey, beginning with leaving a company he loved.

“When I did leave my job at MTV, it took nine months to build the site and we weren’t making money so it was tough,” he says.

But as The Loop grew, Fayle arrived at an intersection many founders face: Offer up leadership to a new captain or continue on.

In agreement with the board, Fayle decided to hand over his CEO role to someone he believed could take the business to the next level.

He says this was one of the scariest decisions he had to make.

“It didn’t take long for me to realise that we made the wrong one,” Fayle says.

“I stepped aside from running The Loop for about six or seven months.”

Within this timeframe, Fayle remained heavily involved in the business but quickly realised he was needed back on top.

“Growth and revenue is black and white, it doesn’t take you long to make a decision on how someone performs over a six-month period,” he says.

They had to do what was right for the business and continue on the best revenue direction.

“We’ve got a great group of investors who are very experienced in this type of thing and we were able to remedy any situation,” Fayle says.

Back in the role for over a year and a half, he says the startup has been consistently profitable.

“It continues to grow from strength to strength,” Fayle says.