How this Melbourne startup beat the odds to secure a $1.6 million investment 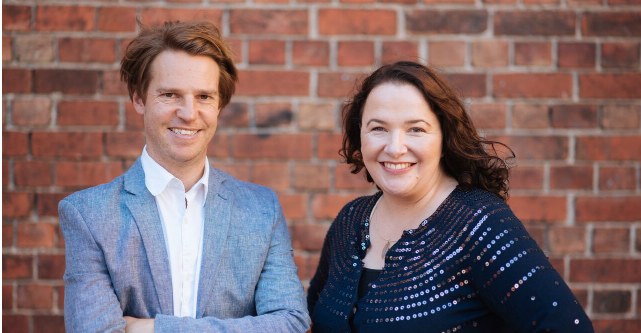 A Melbourne health-tech startup has beaten the odds and secured an investment that’s more than double what the founders were looking for.

HealthKit co-founder Alison Hardacre says she was initially on the hunt for $750,000 but ultimately  secured a Series A round of $1.6 million from an unnamed “prominent Melbourne-based family office investor”.

Hardacre says the investment will be used to supercharge the health administration startup’s international expansion as it aims to become one of the world’s leading health-tech platforms.

“Our ultimate vision is for every practitioner, private practice and patient to be able to use HealthKit to manage their health and manage their practice,”  Hardacre tells  StartupSmart.

She  says they first  met with  Series A investors in December last year.

Within a couple of months and a few more meetings with the investor group, HealthKit decided to take on more than double the expected funding because of the long-term potential of the relationship, she says.

Until now, HealthKit has been mostly bootstrapped along  with help from a few angel investors.

“It was important to get an investor that understood the health sector and complexity of the space.”

Hardacre says  finding this compatible major investor is a game-changer for HealthKit.

“It’s not just about investment, the person behind this family has had experience building multiple businesses and is a serial entrepreneur,” she says.

Despite early apprehension from friends and a sneaky name grab by Apple, HealthKit has become one of Australia’s largest searchable directories for practitioners with more than 220,000 profiles.

At three years old it has also collected more than 11,000 practitioners on its cloud-based practice management software.

Hardacre and her team are now planning to enter new markets across Asia, Europe and North America with their new funding.

After  previously founding health startup Specialist Link, Hardacre says this time round her  team is more experienced and adjusted to startup thinking.

“We have really grown with our focus,” she says.

Coming out of the corporate world, Hardacre says it took a while to adjust to the habit of “doing” things daily to achieve a vision.

“With our first business, it took a few months of getting to that mindset but now all day, everyday, we’re focused on doing and working toward that goal,” she says.