Business Planning, Growth, How I Did It, Local, Sales & Marketing

How I sold a record 1,500 deals on LivingSocial 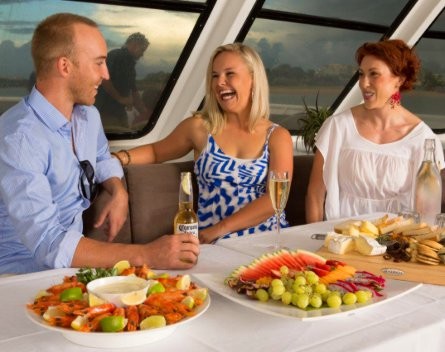 A Darwin-based entrepreneur has offered start-ups some key tips for group buying campaigns, after her business attracted a record number of deals on daily deals website LivingSocial.

The business was originally named Darwin Pearl Lugger Cruises, but quickly expanded to cater for the demand in dinner cruises.

Keen to build an online presence, Beaumont decided to utilise daily deals website LivingSocial, offering 1,000 half-price cruise deals on the company’s premier vessel – a tri-level catamaran that can cater for up to 270 passengers.

Within 24 hours, all the deals were gone. This prompted Beaumont to extend the number of deals to 1,500, and these additional deals sold out in less than 48 hours.

As a result, Beaumont is now the record holder for selling the highest number of group deals nationally on LivingSocial.

She reveals to StartupSmart the key secrets behind the campaign’s success.

“The aim for all tourism businesses is that you get your season started and you get the cashflow rolling by having bums in seats early in the season,” Beaumont says.

“You can be quite specific in terms of when you’d like people to travel… For the business side of things, the key is to have it available for periods in business that aren’t traditionally busy.”

“You need to really choose which particular products of your entire product range you want to market and you want to showcase – one that’s really alluring for the general public,” she says.

“We have lots of new workers for the oil and gas industry, so it’s really about looking for a catalyst to tip potential clients over the line to come and travel with us.

“A buffet dinner cruise is not something a Darwin local has experienced before.”

Beaumont is quick to point out food and drinks were not included the deal because “you want the ability to on-sell”.

“One of the things we ensure is we do have the ability to take big numbers on… We make sure it doesn’t interfere with our everyday business,” Beaumont says.

“It’s very much in the forefront of our mind that bad publicity, in not being able to service demand or have the availability, would far outweigh the benefits of getting this deal out there.

“It’s very clear in the fine print that there are certain days and it’s subject to availability. We manage the bookings to ensure they’re balanced over time.

“We go from about nine fulltime staff to about 25 casual and seasonal staff employed in the middle of the year.

“We’re very fortunate we’ve got 16 years of data of what happens over the wet season.”

“I think certainly that we have a high quality operation. We certainly don’t want to be seen as bargain basement,” Beaumont says.

“The deal you get is exclusive – far beyond any discount you’d normally get.

“We would definitely like to keep these as a one-off or once-in-a-blue-moon or one-every-two-months kind of deal. It’s not our intention to do this every three months.”

Have faith in your group buying site

When it comes to driving traffic to the deal, Beaumont leaves it in the hands of the experts: the group buying website itself.

“The artistry and content is signed off by us, but it’s not worth me trying to reinvent the wheel.”