How my delayed start-up made me a better entrepreneur 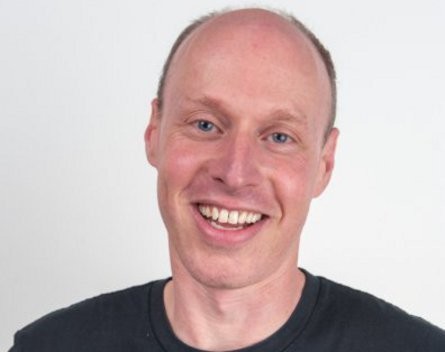 Many successful entrepreneurs say they knew from an early age they were destined to start their own business; that the entrepreneurial spirit was in their blood.

Others spend years climbing the corporate ladder before finally deciding to strike it out on their own, and not without a fair amount of trepidation.

The latter scenario was very much the case for Paul Slezak, who played it safe in the corporate world for 15 years before co-founding online recruitment platform RecruitLoop.

Based in Sydney, RecruitLoop aims to save employers hours of time spent recruiting staff by using expert contract recruiters and recorded video interviews.

RecruitLoop recently opened an office in San Francisco, where chief executive Michael Overell is now based.

Slezak admits he delayed his foray into the start-up scene, primarily because of the creature comforts he had come to enjoy in the corporate sector.

“I studied economics at Sydney Uni a long time ago… Back in the day when economics was still a faculty unto itself,” he says.

“I know many people coming straight out of university with the mindset to start their own business and take the world by storm.

“Personally, I was never one of them and I certainly didn’t have the entrepreneurial spirit the day I accepted my degree.

“I got through the degree – just – and then I did as I was told, or at least what every other economics graduate did at the time. I started to climb the proverbial corporate ladder.

“I climbed it pretty quickly and fortunately I climbed pretty high too.”

Several years ago, while Slezak was working as the Hong Kong director of an international recruitment firm, a client asked him over lunch whether he had considered working for himself.

“Of course I had thought about it. But somehow I had always had an excuse. The timing had never felt quite right and I had never considered myself much of a risk-taker,” Slezak says.

“I admit that the idea of starting out on my own had been niggling at the back of my mind for many years. But I had always been comfortable so I never let the idea gather momentum.

“The notion of ‘comfort zone’ plays a huge part for anyone weighing up the pros and cons as to whether or not to go it alone.”

In the end, Slezak could no longer ignore that niggling feeling.

“I’ll never forget my ‘aha!’ moment when, after 15 years working for someone else, the penny finally dropped and I realised that I am in fact a risk-taker,” he says.

“Okay, so maybe I spent a few too many years enjoying the corporate comforts.

“But without the experience I gained locally and internationally, and without the guidance and mentorship I received from some amazing bosses, who I am still in regular contact with, there is no way I would be the entrepreneur I am today.

“I can honestly say that leaving the security and stability of the corporate world and getting involved as a co-founder in a tech start-up has been the best, albeit by far the toughest, decision I’ve ever made.”

All too often, Slezak says, budding entrepreneurs have a romantic notion of starting their own business – the flexibility, the freedom, the autonomy.

“But let’s face it. Not everyone is going to be an overnight success, so it’s important to balance the positives with the downside – potential isolation, the need to keep yourself motivated 24/7, not to mention a severely reduced income as you build the business,” he says.

“So before you get caught up in the excitement of it all, pause for a moment and think realistically whether it is in fact the right move for you.”