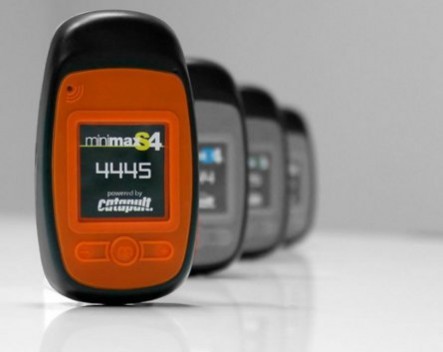 Catapult Sports chairman Adir Shiffman is sceptical about the rise of consumer wearables, which is surprising given he’s the chairman of the world’s biggest provider of GPS tracking devices that help sports teams monitor and improve the performance of athletes.

“I feel the excitement around wearables is just general activity fracas and may or may not turn out to be a real market,’’ he says.

“The market potential feels huge, but I’ve yet to meet a single person who’s said a wearable technology has changed my life.

“When consumers get a wearable they’re initially excited, and then they start to wonder if it can help you over the long term. I think that’s the challenge with wearables.”

Melbourne-based Catapult Sports made headlines recently after it attracted investment from celebrity investor and owner of the NBA’s Dallas Mavericks, Mark Cuban.

The Australian Financial Review reported the company was considering a potential initial public offering later this year, but Shiffman was non-committal.

“The way I talk about our funding is like this, I led a $3.5 million series A round in the last quarter of 2013, and that enabled us to keep the foot on the accelerator,’’ he says.

“We’re working through a number of options that have been attractive and within a few months we’ll have more to say about the capital structure of the company.”

Shiffman says America, and the NFL in particular, had lagged behind other nations in the sports analytics field until quite recently.

“The salary cap of the NFL club is $137 million dollars a year and they also have this very wide talent pool, so if they want to have an improvement in performance, they don’t need to squeeze more drops out of the orange,’’ he says.

The rise of the sports analytics industry is showing no signs of stopping, according to Shiffman, particularly with the rise of cloud computing.

“I think the hottest thing at the moment that’s going on in terms of tech business models is B2B cloud-based SaaS models,’’ he says.

“It’s a mouthful but it’s pretty amazing and with the rise of the cloud there’s now this ability to create extremely sophisticated software and stick it in the cloud, host it in the cloud.