How bootstrapped Brisbane startup Outfit made more than $750,000 in its first year 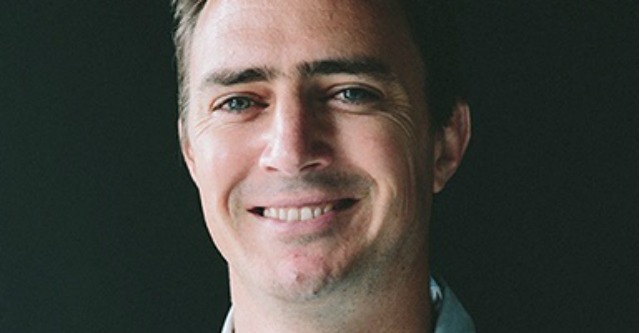 A Brisbane entrepreneur’s Canva-style app for enterprise has big plans to be turning over $10 million by 2020 after generating $750,000 in revenue in just a year.

NetEngine founder Bruce Stronge developed Outfit to solve a decade-old problem for growing companies and larger institutions around the world.

“As organisations are growing faster and faster, their brand becomes more valuable but they need to create more digital and print marketing material. As their rate of production increases they’re bringing in more agencies and people, eventually their material quality deteriorates.”

Outfit’s first client was open-source tech giant Red Hat, which in turn helped Stronge and his team to get the app fully developed and into the market.

Before Outfit, Red Hat relied heavily on design agencies around the world to develop collateral like banners and signage.

These agencies would then rely on Red Hat’s telephone book-like “brand bible” to create collateral but many failed leading to a costly back-and-forth process to fix “off-brand” materials.

“Red Hat don’t have more money to throw at the problem,” Stronge says.

“They had to solve it more strategically.”

So when Red Hat’s brand manager encountered NetEngine’s software, he reached out to Stronge to help develop a solution, and Outfit was born.

“We agreed we would keep the IP,” he says.

After launching only a year ago, Outfit now has a user-base nearing 1000 and generated more than $750,000 in 12 months thanks to its recurring revenue model.

Though Outfit has been bootstrapped to date, Stronge is planning to commence a VC investment round in the next six months as he looks to bring on more multinational customers in major cities like Singapore, Amsterdam and Seattle.

But he’s in no rush to meet investors just yet.

“A while ago we wanted to raise $500,000 but we managed [without], the longer we can delay that the less equity we can give away, the bigger round we can go for,” Stronge says.

It’s an approach he says new founders should consider.

“Focusing on revenue is the most important thing,” he says.

“Rather than coming up with a solution, we found a large organisation who had that problem, we were selling services to an existing problem [and] we had first-hand insights into what the solution may be.”

Stronge says NetEngine has always focused on building apps that make a difference in the long-term.

“I’m from Zimbabwe, I’ve been in Australia for eight or nine years and I see a lot of real world problems coming from home,” he says.

He says this background has made him appreciate the power of the tech sector and it’s why he leads the Brisbane chapter of Random Hacks of Kindness.

“We’ve got an obligation,” Stronge says.

Making purpose a core part of his ventures has had a strong influence on what projects he works one and the kind of people he brings into the NetEngine team, which now includes 25 talented software developers.

“It absolutely helps as a highly technical platform solving some really big problems,” he says.

“Without the top talent we would have turned the project off in the last few years. We do have teams from all around the world as well as lots of young Australian graduates in our design team.

“We literally went to QUT down the road and cherry-picked the best. These days, you’ve got 20-year olds with six years’ experience in tech and design.

“Running Random Hacks of Kindness in Brisbane has helped [find] people aligned with the mission to give back. Software developers in the open-source back see and value that.”