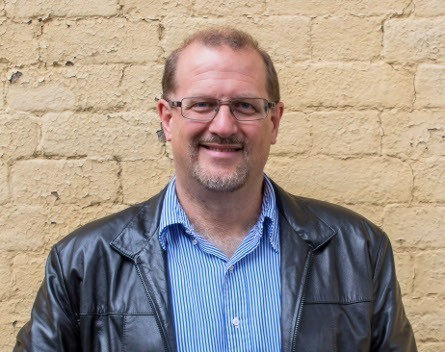 Prominent investor and entrepreneur Simon Hackett has transformed a historic Adelaide mansion called Wavertree, once home to a colourful two-time South Australian premier and a TV studio, into a co-working, incubator and events space called Base64.

Hackett told StartupSmart he has deliberately delayed any hard-and-fast decisions about whether to turn Base64 into a startup incubator or accelerator program.

“It seems clear, however, that we aren’t going to be ‘traditional’. There are existing hub/accelerator spaces in Adelaide and we’re not intending to compete with them – and indeed we’d welcome their use of our event/seminar/gathering spaces to augment their own activities,” he says.

“The spaces for resident companies are going to be filled very carefully – because we’re consciously wanting to build a community of people who are comfortable with each other’s company in a human sense, not just in a business one.”

Hackett hopes Base64 will become the physical home for some of the Hackett Group’s investments, but notes most of its current venture investments have been in companies that are already headquartered in other states.

“The original Wavertree mansion is now the Hackett Group headquarters, and a small team working for me are based in that building. We are in the process of ‘booting up’ the multi-tenant space at present, with a few companies already present as ‘beta test’ residents of the space. We expect to formally launch the site in early-mid 2015,” he says.

“We have significant investments with (and in) BlueChilli, who are based in Sydney, and whose ‘156’ accelerator program is an extremely effective way to create Internet-facing MVP’s from great ideas, sourced from generally non-technical founders. If BlueChilli winds up accelerating startups that are based in SA in the future, then there is some obvious rationale to having Base64 provide the physical accommodation for those SA based startups.”

Over the past two years, the 1865 heritage-listed mansion, which Hackett purchased in June 2012, has been re-pointed and re-roofed, with gigabit-rate internet access cabling has been installed throughout the facility.

“Our major redesign and renovation of the site has taken more than two years to complete. It has transformed the space from an old building need of some love and attention into a well-integrated and modern reinvention of some wonderful old buildings,” Hackett says.

“There are now excellent event and seminar spaces, multiple indoor/outdoor garden spaces, a variety of offices of various sizes, and excellent facilities throughout. The space is designed to inspire creativity. It raises the spirits of everyone who visits.”

Hackett says Base64 helping the South Australian tech community to achieve critical mass would “be lovely”, but it isn’t the primary aim of the exercise.

“It seems as if people in most major cities would like their city to become the next Silicon Valley/Alley/Beach/Desert/Winery! It seems to need enough people in absolute terms in an area (for critical mass to form), combined with government incentives (or at least, the lack of government barriers) to such activity, combined with good broadband and great coffee. And a bit of luck,” he says.

“None of that stops fabulous things happening in South Australia in this space – and ultimately it seems to me that the notion of geographically specific ‘tech hubs’ is being gradually usurped by the virtualisation of tech communities (in some cases at least) – allowing them to exist across geographies and to achieve a different form of critical mass in that manner instead.”