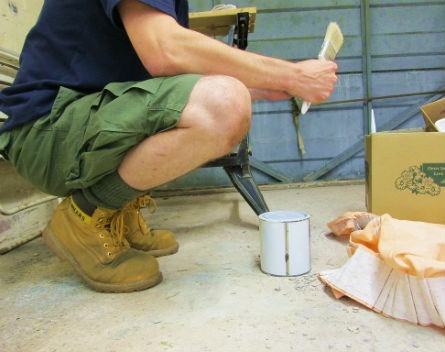 The founder of Jobs and Services, a website that connects trades and service providers to jobs for free, says social media, word of mouth, and persistence on the phone are the  keys to building a strong marketplace.

The website was created in response to the difficulties its founder, 24-year-old Ronan Bray, had in finding an accurate quote while renovating a family bathroom. At the same time, a close friend who was undertaking an apprenticeship in plumbing was struggling to find enough work.

There are two sides to what Jobs and Services does.

“On the one hand, if you’re a trade or service provider, you can list your skills and qualifications,” Bray says.

“There’s also an area where you can upload photos of work you’ve done and build up a folio, so anyone looking for a provider can take a look at what you’ve done in the past.

“And then, if you’re a member of the public, and you need – for example – your bathroom tiled, you can enter details about the job you want done. Any time a job is entered, it automatically notifies providers in the category.”

The service is free for both tradespeople and the public to use.

“At this stage, we’re focusing on getting a good number of trade and service providers using the site,” Bray says. “Later on, we’ll add an option where providers can have the option of promoting their businesses by advertising at the top of their category.”

“But I really want to stress that our site will always be free to use.”

In the few months since it launched, Jobs and Services has already accumulated 33,000 page visits and 3400 Facebook likes. It has also accumulated more than over 420 business/service postings, exceeding a personal target of 400 jobs by August.

“The majority was through social media – in particular Facebook – focusing locally on Perth,” Bray says. “I also contacted a lot of people directly just to let them know it existed, and networking through friends, because a number of my friends are tradespeople.

“Also, going through the newspapers and calling trades people led to a good amount of people signing up.”

Trades and service providers who advertise on the site are also using it for jobs they need filled.

Bray says his primary focus is to continue to grow the website and build name recognition around Perth, before spreading nationally.