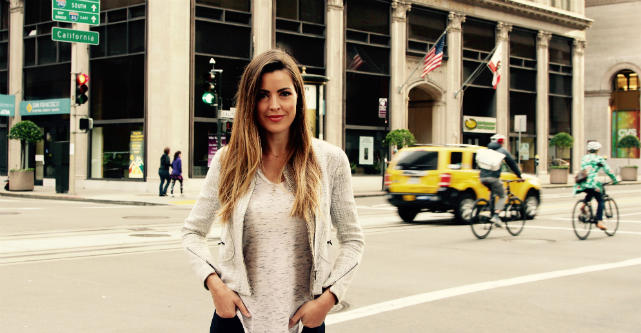 From the very first day she founded a startup, Bridget Loudon was thinking globally.

On the same day online expert consultant marketplace Expert360 was incorporated as a company in Australia, it was also registered in the US, and a move to America was always a part of the founder’s long-term plans.

“If you do have international insight, make sure you build that into your structure from the start. It’s all about thinking globally but acting locally.”

Expanding to meet the demand

It was laying the groundwork early for a global expansion that helped spur the growth of the Sydney-based startup.

Expert360 has now opened its first international office in New York City on the back of “double-digit growth” since its inception in July 2013.

“We’ve been talking since day one about launching over here,” Loudon says.

“It’s exciting to have so much demand from our US clients.”

While operating an online marketplace means a startup doesn’t necessarily need feet on the ground, Loudon says demand in the US for Expert360 – which accounts for 30% of the platform’s consultants – meant the global office was inevitable.

“A nice thing about being an online global marketplace is we don’t need anyone on the ground,” she says.

“Our US clients wouldn’t even know we’re an Australian company. But we want to be able to work with our bigger enterprise clients in a hands-on way.

“It’s about taking it to the next level.”

These large clients include the likes of Uber, eBay, Mastercard and Virgin, while over 7000 consultants from around the world are now available for hire via the platform.

Expert360’s New York office is expected to house 5-10 employees by the end of the year and Loudon says further expansion around the world is already being planned.

Growth from day one

The Australian startup closed a $4.1 million Series A round in July last year from a range of high-profile investors including Macquarie Bank managing director Allan Moss.

Loudon says the startup’s growth has been rapid from the very beginning.

“We’re a global leader in this segment,” she says.

“We’ve grown 20% every month since inception two and a half years ago.”

This “talent-as-a-service” on-demand consulting space is becoming increasingly competitive but Expert360 is well ahead of the pack, she says.

“People are starting to talk about how important it is now and we’re seeing a lot of movement in this space, but we started building this business three years ago and we know a lot about this space,” Loudon says.

“It’s not something we just talk about, companies are doing it.”

The local ecosystem on the world stage

Loudon says it has become much easier for an Australian startup to expand internationally in recent years as the local ecosystem begins to gain traction and global recognition.

“The US is open to, and receptive to, Australian businesses in a way they weren’t even two or three years ago,” she says.

“They know the big names like 99designs, Atlassian and Invoice2Go and there’s an understanding that world-class innovation is coming out of Australia. It’s a much easier conversation being Australian now.”

For other homegrown startups looking to expand into an overseas market, Loudon says it’s important to build a relationship with some local experts in the field.

“Find your best practice advisors. Wherever you think will be a huge market for you, find advisors there from day one,” she says.

“The best advisors in the world in our space are in the US and it was important for us to have them.”

Despite the high demand in the US and new office in New York, she says Expert360 will remain a proud Australian startup.

“We’re an Australian business and our headquarters will remain in Australia,” Loudon says.

“This is about allowing the global markets to get access to a homegrown Australian product.”