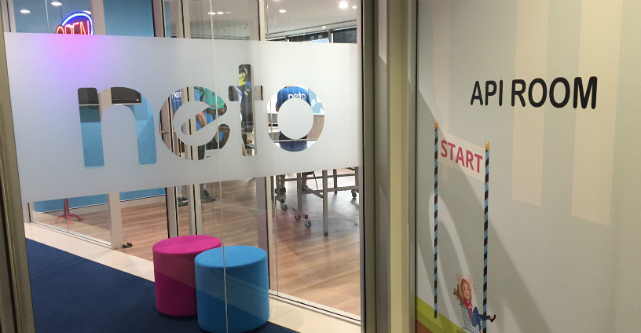 When Neto was acquired by Telstra last year, co-founder Ryan Murtagh made one thing clear: The fast-growing company’s startup culture would not be changing.

Telstra made a majority investment in the online ecommerce platform in June and Murtagh says it was somewhat daunting to have such a big player come knocking.

“To have them knock on our doors was exciting but also very scary,” Murtagh tells StartupSmart.

At Neto, Murtagh and his team have kept the startup spirit close to heart, explicitly telling Telstra that this should remain undamaged.

But he says Telstra has become more accustomed to working with startups and giving them enough room to flourish.

With a culture of working hard and playing harder, the Neto office features themed meeting rooms including one inspired by Melbourne’s laneways and another by the Swiss Alps.

They also have a scooter track that runs around the office in addition to an arcade room.

The open play office is a deliberate strategy to nurture Neto’s internal experimentation and external growth so they continue to deliver on their mission to enable more businesses through e-commerce solutions.

“If you micromanage a small team, you’re going to do nothing but restrict the innovation,” Murtagh says.

It was this focus on having an open and playful culture that helped Neto stay true to its startup heart, he says.

Neto is now enjoying 200% year-on-year growth and has partnered with the likes of MYOB, Xero and QuickBooks.

Murtagh says this was thanks to not being afraid to initially be “that irritating guy” cold calling large organisations.

By pushing forward with a friendly attitude and a clear articulation of what his startup could offer, Murtagh and his team has been able to secure a series of major partnerships.

“Initially, when I approached these businesses, there was a lot of push back,” he says.

“But I was persistent and the persistence paid off.”

With a team of about 100 across offices in Brisbane, Hong Kong and Manilla, Neto is now planning to crack into Australia’s multi-billion dollar traditional retail space.

“Our focus is not on revenue or profit, we’re much more focused on just enabling businesses,” Murtagh says.

“To remove barriers for traditional businesses to sell online, we need to make payments and shipping a lot simpler.”

From day one, he says the team’s focus was to build a product addressing the pain points of their users.

“We also didn’t grow too quickly,” he says.

Until the Telstra acquisition, Murtagh says they bootstrapped the company and managed growth steadily to ensure their team wasn’t spread too thin.

“We focused heavily on ensuring we got the most out of every single employee,” he says.

Creating a culture of putting its people first and building an internal “family” is an important part of the Neto story.

“We definitely fostered a number of our employees from their first job into roles now where they are leaders of fairly large teams,” Murtagh says.