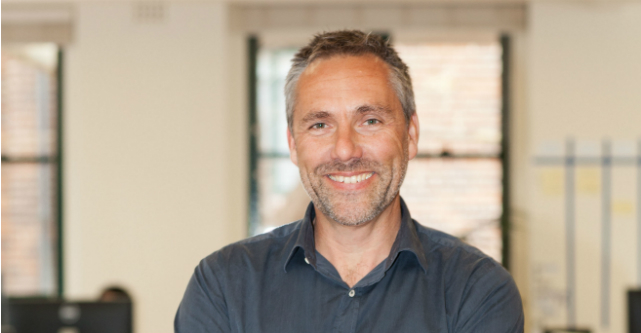 A Sydney startup trying to help people get better credit has reached 100,000 users in just 12 months.

Credit Savvy launched in March 2015 after a year in development and offers free access to credit scores, files and a marketplace of credit products.

It has since attracted more than 8000 users per month, delivering 600,000 free credit scores and featuring over 600 credit products.

The rapid take up has been in part thanks to a national campaign to educate Australians on the importance of managing their credit files, Credit Savvy director Dirk Hofman says.

“We’ve been very active in the media,” Hofman tells StartupSmart.

“We are very strong on educational content and focusing on why credit scores are important for people to take notice of.”

“It’s a new proposition so there’s a lot of curiosity.”

A PR and marketing campaign

A huge part of Credit Savvy’s success has also been its well rolled out marketing and PR campaign across radio, free-to-air TV and digital media, Hofman says.

“They all attract a different type of audience at the end of the day,” he says.

Although their PR and radio investments drew a lot of attention, he says every channel performed well from a direct response point of view.

“We have a limited budget for these activities so we try to be smart about how we do these,” Hofman says.

By leveraging existing members and media advocates, he says they tested each channel with small investments including a 30-second TV commercial calling on people to “find out what they already know”.

From startup to beyond

On reflection, Hofman says they set themselves up for strong growth by putting the right team in place early on and creating a good cultural environment.

“We’ve been lucky we’ve been able to find home-grown talent,” he says.

With an open-minded approach to where the business is headed, Hofman says his team continually try different propositions, respond quickly to change and learn new lessons along the way.

Ensuring that their product is secure, smooth and quick to use requires ongoing testing and development towards creating an optimal member user experience, Hofman says.

“We’re getting feedback from members on what they’d like to see,” he says.

By Credit Savvy’s second birthday, Hofman hopes they’ll double or triple the current user-base and expects that there’ll be a boost in market interest with anticipated changes to the credit landscape this year.

“We want to be ready for when comprehensive credit data hits bureaus to show it in a meaningful way,” he says.

“We want that information about you and our members to be clearly understood so our members know what they can do to make sure they maintain a healthy credit score.”

More than 77% of Australians don’t know their credit score can be used to determine if they’ll be approved for credit loans, a study by Credit Savvy’s partner Experian has found.

“More than 80% of Australians have never checked their score,” Hofman says.

With every bank checking credit reputation to approve loans for business, homes and personal needs, Hofman says it’s crucial that people start understanding and tracking their scores to ensure they aren’t hurting their files unknowingly.

Ultimately, Hofman says he hopes there’ll be widespread use of Credit Savvy like in the US where about one in eight Americans use the mirror-product Credit Karma.