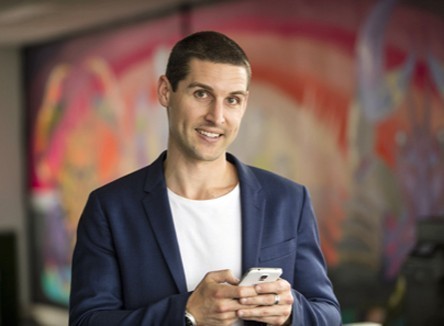 A Melbourne-based advertising tech startup has landed a lucrative partnership with a large US mobile provider and co-founder Matt Berriman says it’s just the start of the company’s plans to conquer the world.

Unlockd has signed with Sprint Telecom, making its product, which displays advertisements on users’ mobile home screens in exchange for discounted plans, available to more than 9 million US Boost Mobile customers.

The startup was launched in Australia in October last year through a deal with Lebara Mobile, but Berriman says the US partnership was signed even earlier.

“The big thing was getting into a market where we could prove our technology and commercial model, and test the appetite of consumers. Australia being our home was a great opportunity for doing that, and now we’re jumping onto a much bigger stage.

“It’s not often that an Australian startups launches on the scale we have in the US.”

As part of the deal, Unlockd has also secured advertising agreements with the likes of Yahoo and Twitter.

No blanket advice for founders

Berriman says one of the keys to Unlockd’s success was not following the generic advice that is often dished out to founders.

“A lot of startups in Australia are told to make sure they’re really consolidated in one market before going global,” he says.

“That’s fair on some business models but in our case we’ve got first-mover advantage, a scalable platform and a thirst from the market for what we’re doing so we’ve taken the opposite approach.

“We scaled up investment and talent and geared the business to roll out really quickly across multiple markets.”

He says founders should consider the specifics of their companies rather than using general advice and tactics.

“Every business is independent and there’s no blanket approach,” Berriman says.

“VC firms might tell you what to do but you have to use founder discretion and lean on your investors and their experience to make the most rational and educated decisions.”

The Melbourne-based startup has been expanding rapidly, with newly-established offices in New York and Seattle, and one in London set to open in the next six weeks.

The Unlockd team has grown from 10 to 50 employees, and Berriman has relocated to New York to oversee the rollout in the US.

The tech company has raised over $15 million across three funding rounds and is backed by the likes of Lachlan Murdoch, Peter Gammell, Margaret Jackson and the founders of Catch of the Day.

On the back of the US launch, he says a deal has already been inked in the UK, with another “five or six” markets to follow this year.

“Our aim is to start getting millions of customers on the platform and generating revenue from advertisements,” Berriman says.

He says the startup is currently in talks with 16 telecommunications companies around the world.

There are also hopes that the Unlockd product will eventually be offered to Sprint’s entire 58 million customers in the US.

Despite the rapid expansion across the world, Berriman says the majority of Unlockd’s tech and R&D team will remain local.

“It’s been fantastic in Australia,” he says.

“There’s a strong thirst for innovation and progression and there’s a very positive outlook for what we’re doing.”

But Unlockd has so far been unable to bring any of the major local telcos on board, and Berriman says this may force the startup to focus its attention elsewhere.

“We’re in talks with 15 other markets and unfortunately we haven’t had our first-mover advantage there [in Australia] with a major telco,” he says.

“There’s no favouritism just because we’re based in Australia.

“We would have loved to roll out if Telstra, Optus or Vodafone had decided it was a good approach, but for now we’re focused on the US and UK.”