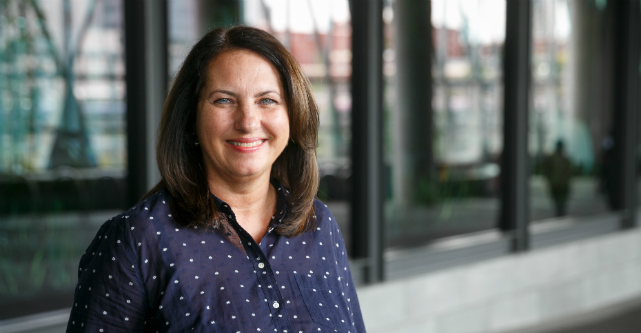 The newly appointed CEO of Melbourne startup Locomote is placing diversity front and centre in the travel management company.

Sandra McLeod has moved to Melbourne to take on the new role and says that diversity, especially in leadership, is critical for achieving better business outcomes.

“Those who have a balance at the table of the decision-making in terms of gender tend to be more successful,” McLeod tells  StartupSmart.

“Certainly going forward at Locomote, the management team that sit at my table will be a good balance of gender.”

McLeod has been involved with the technology and travel worlds for the last three decades and previously held an executive role at billion dollar commerce platform Travelport – which holds a 55% stake in Locomote.

Over her 35 year career, McLeod says there have been two times when a male colleague or boss thought she couldn’t do a job because she’s a woman.

“The glass ceiling exists across all industries in this world,” she says.

And she believes it starts at school.

“It’s a throwback to tradition and the way that children were taught in schools 40 years ago but that’s changing rapidly with every generation,” she says.

At an industry level, the proportion of women in senior IT leadership roles is as low as 6% and in smaller businesses with IT budgets under $1 million, more than 40% of CIOs don’t have any women in their IT function at all, according to the  2015 Harvey Nash CIO survey.

Having worked with various women’s groups during her time at  Travelport , McLeod says the tech world can make an active effort to inspire women, both young and old, to take on executive jobs and careers in the sector.

She plans to invite young women interested in these fields and older women thinking of starting up their own businesses inside Locomote’s headquarters so they can get a taste of what the future may hold.

“That’s something I need to explore and something I’m very interested in,” McLeod says.

Looking back at her own career and how she got a foot in the door, she says it took a bit of luck and a lot confidence to try something new.

McLeod joined Travelport under its former name Galileo in the early 90s.

“I knew I didn’t want to leave the travel industry but wanted to do something different within it,” she says.

Excited by its tech aspect, McLeod entered as a junior and worked her way up the ranks.

As McLeod embarks on her mission to make Locomote the world’s go-to platform for corporate travel, she says it’s crucial for women to have confidence in their own ability.

“You shouldn’t let anyone tell you that you can’t aim high and you can’t succeed,” she says.

“Success is absolutely there for you to take.”