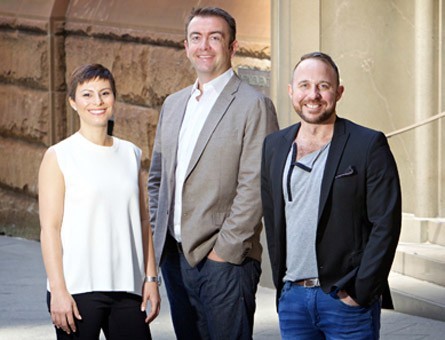 An increasing number of high-profile corporate workers are making the great leap and joining smaller startups, and this will only increase in 2016, new LiveHire recruit Sean Hall says.

Hall left a lofty job at Telstra to join the HR startup and says there are a number of factors contributing to other individuals making the same move.

“The jobs of the future are being created in startups and small business, and the days of thinking that there is safety and security in big organisations are really starting to change,” Hall tells StartupSmart.

“People are getting further on in their careers and wanting to move towards something different and a startup is a great place where your skills will be valued and you’ll have a larger voice.”

After working in a marketing role at Telstra for four years, Hall moved into the HR department and found that although the company had troves of information on its customers, it knew very little about its own employees, and that this was a common problem for big businesses.

Then he saw the work that LiveHire was doing, offering a platform that allows companies to find “talent on demand” when looking to fill a role.

As part of an expansion into Sydney, LiveHire has also added former executive general manager at Chandler Macleod Group Nick Bailey and former head of marketing and PR at Gumtree Sara McConkey to the team.

There are also huge benefits for the startups when they bring former corporates on board, Hall says.

“Startups build credibility in two ways: by the customers they bring on board and the people that choose to work for them,” he says.

But how do you actually go about luring big corporate workers to your startup? Here’s what worked on Hall and how you can do it too.

Tailor a role specifically for them

It’s important that startups don’t try to pigeonhole these individuals into a pre-existing job description or role and instead work with them to best utilise their skillsets.

“It took two months for us to work out what my role was going to be,” Hall says. “It wasn’t about joining with a pre-determined point of view about the role.

“I worked very closely with Mike to really mould this role into one that’s very, very unique and tailored.

This process was also applied to Baily and McConkey.

“All of us have come to focus on where we believe we can add the most value to drive growth,” he says. “You need honest and open discussions, with an eye on the big picture.”

Hall says a big reason behind his decision to join a startup was a want to have more control and sense of ownership over a company.

“At a large corporation you’re still one of millions,” he says. “With a startup you can think like a founder, feel like you own the business, that you’re building something great and important and that your voice, skills and experience are valued.

“People are being drawn by the benefits of working in a small, agile business versus a larger organisation.

“It’s an exciting thing to move from a big corporation to become part of building something you believe is the future. To be able to do something you’ve never been able to do in your career is quite an appeal for a certain type of senior recruit.”

You have to show them your passion

For a founder to convince a high-flying corporate worker to make the leap, they have to show unrivalled passion for what they’re doing.

The enthusiasm and drive of the LiveHire founders was one of the main things that pushed Hall over the line.

“The passion of the founders is very important,” he says. “That passion also needs to be balanced with their own technical capabilities and skills – so it’s not just an idea, they’ve proven themselves in the past.

“I thought the LiveHire tech was unique and that it addresses a real and universal need.”

Develop a personal connection with them

Hall was already acquainted with LiveHire through his work at Telstra, and says he immediately developed a connection with co-founder Michael Haywood.

“Our first conversation was literally just, ‘we’d really like you to consider coming to work for us’,” he says.

“From there it was just continuing these conversations to get it clear what that might look like.

Display credibility through investors and traction

A startup needs to be able to show that it’s credible through the investors it has attracted and the attention it is receiving in the market.

“I was greatly reassured by the calibre of investors LiveHire has,” Hall says.

“Their people are among the most respected HR people in the country, if not the planet.”