How this Sydney startup secured a $2.5 million investment from a corporate giant 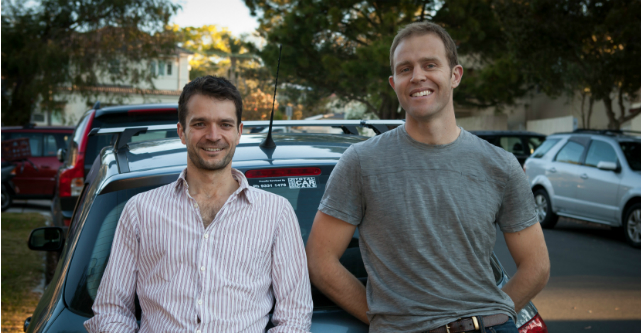 When the co-founder of a peer-to-peer car sharing platform was first approached by petrol giant Caltex, he was a little concerned.

Car Next Door co-founder Will Davies founded the startup nearly five years ago and was worried about giving up some of the company to a big corporate.

“I’ve put my blood sweat and tears into Car Next Door now for close to five years and the last thing I would want is for any corporate or big entity to have any undue influence over what we’re doing and how we’re going,” Davies tells StartupSmart.

But after meeting the Caltex Australia team at a Fishburners event, Davies says he was pleasantly surprised.

After a series of discussions, Caltex Australia has now invested $2.5 million in the Sydney-based startup in exchange for a 20% stake in the business.

Compared to the difficult experience of many peers going through big corporate investment, Davies says Caltex Australia made the process personal and efficient.

He says he only dealt with about five people from initial contact through to due diligence to having the transaction documents organised.

“Caltex has invested in us because they like what we’re doing and they like our vision,” Davies says.

With the Car Next Door’s team now numbering more than 20, Davies runs quarterly activities to keep each member in the driving seat of the company’s strategic direction.

This includes a brainstorming event to spark ground-up ideas from frontline staff.
“I’m a really big believer in people continually stretching themselves and continually learning,” he says.

So every quarter each employee is expected to have completed – what they call – a three-two-one.

“Every team member is required to meet with three people who can help them in some way, read two books and go to one event,” Davies says.

Though it may seem ironic that an environmentally conscious startup would link with a fuel conglomerate, Davies says that it actually makes a lot of sense because companies like Caltex are looking for ways to diversify away from the fuel economy.

“In my opinion, the writing is on the wall that petrol is going to die down overtime,” Davies says.

“I understand that Caltex is innovating and getting into mobility.”

By driving down the number of people that own cars, Davies hopes more people will turn to greener alternatives like public transport, cycling and walking.

“A big reason we set up Car Next Door is the more people that car-share, the less people that own a car,” he says.

Car Next Door has grown to a community of 13,000 borrowers across Sydney and Melbourne.

“We started off just in Bondi with 30 cars and 600 people borrowing them,” Davies says.

The team’s biggest challenge now is growing the number of car owners willing to share their cars.

Aiming to grow their platform to 1200 cars by the start of next year, Davies and his team are working to build up incentives for owners that share.

“We’re guaranteeing owners that they’ll earn an extra $2000 per year,” he says.

They are also looking to expand into new markets, with a launch in Newcastle in the next few weeks and future plans to break into Canberra, Geelong, Perth, Adelaide and Brisbane.