How to internationalise your start-up: Tips from 99designs 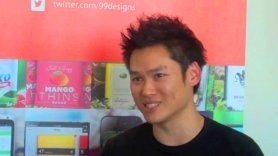 Launched in 2008, 99designs has designers in 190 countries and offices in Melbourne, San Francisco, Berlin, Paris and London.

He shares how they assessed if they were ready, how they picked their target companies and why sometimes the simplest tactics were the most effective.