How to spot a start-up dud 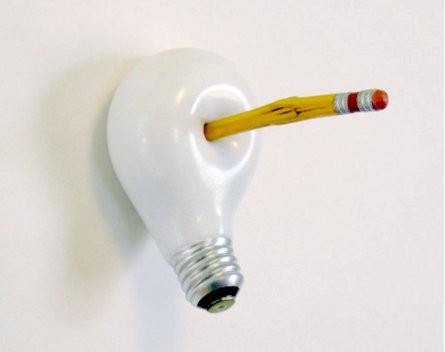 People used to want to write a great novel, win acclaim and make a fortune. Today’s route to success is the start-up.

There’s even a board game, Startup Fever, that lets you play the mogul — when you’re not busy at the office being the mogul.

Venture capitalist Paul Graham compares launching a new business to being a parent. But there is one thing that is not at all like having a child: sometimes you have to kill your start-up.

A good entrepreneur knows it is better to kill a failing start-up than to throw away more time, energy and money trying to keep it alive.

Paradoxically, other people often read the decision to kill a failed start-up as a failure in itself. It is actually an act of wisdom and strength.

I’ll share a couple of examples without revealing the personal details of the entrepreneurs I’ve worked with as the head of Holly, a digital services agency.

Checking the pulse of the market

One businesswoman saw an opportunity early on in the app gold rush.

Her idea was an app that could read your blood oxygen levels. Unfortunately, it turned out the iPhone’s built-in sensors couldn’t accurately give the health data she wanted.

What was required was an external device that links to your iPhone. Unlike an app, a device would need a distribution channel.

This raised many challenges, including the unwillingness of wholesalers and retailers to accept unproven new products.

She finally decided to throw in the towel. By recognizing a dead end, she saved unquantifiable trouble, liabilities and even loss of reputation.

She remains today a very successful marketing professional in another field.

Sometimes you identify a real niche, but it becomes all too clear that you’ll never be able to earn enough to make it a viable concern.

That was the case with our client who wanted to launch an adventure-travel booking site for backpackers called LetsDoThis.

LetsDoThis was to be a classic two-sided market, like Stayz or realestate.com.au. On one side would be the consumer who uses the site at no cost to book adventure travel.

The other side would be the adventure travel operators, who pay to reach the site’s audience of thrill seekers.

Our pricing modelling and spec enabled a relatively precise forecast of revenue and profitability. That’s when it became clear that the market simply wasn’t big enough. The available cashflow would never enable the marketing velocity required to win national market share.

By killing this start-up, our client saved at least a quarter of a million dollars in development and start-up costs.

Even billionaires kill their failed start-ups

It might surprise you to know that the entrepreneur who is best at closing down bad start-up ideas is also one of the wealthiest people in the world.

Larry Page, CEO of Google, announced a “spring clean” of the business in September 2011.

Google has since shut down a total of 70 services, including Google Reader.

Page’s decisions were controversial among those who did use these services, but ultimately nobody accused him of being too softhearted to do what was necessary.

Getting through the decision

What lessons can you draw from the experience of others who have killed their start-up?

The first is to move as quickly as possible. Once you make the decision, every further moment and dollar spent is wasted.

Grieve if you have to, but never feel bad about yourself. A wise person once said, “Success consists of going from failure to failure without loss of enthusiasm.”

Beware of self-deception. An entrepreneur must accept the truth about a failing business. Optimism is useful. Risk taking is necessary. But denial of reality is disastrous.

After six years of hosting workshops for new online entrepreneurs, I’ve found this last is the biggest obstacle to success.

After all, the person who sinks everything into a losing idea will have nothing left to give to a better opportunity when it comes along.

Zina Kaye is managing director of Holly, a Sydney agency that has been providing digital services since 1997. Holly recently rebranded from House of Laudanum. Twitter: @zinak