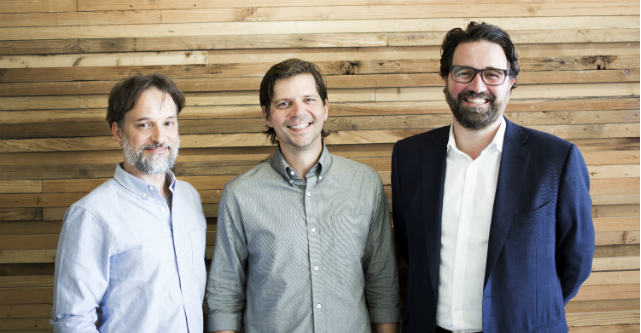 Customer service software company Zendesk, which recently opened an office in Melbourne, is actively working to make an impact outside of just the IT space, VP of policy and social impact Tiffany Apczynski says.

“Be My Eyes is an amazing social platform for connecting people all over the globe with short “micro-volunteer” opportunities,” Apczynski tells StartupSmart.

The social startup has already connected more than 26,000 blind people with 350,000 sighted helpers in 140 countries.

Zendesk CEO Mikkel Svane says the initiative highlights the company’s ongoing focus on the bigger picture as it works to walk the talk on corporate social responsibility.

“There is always something new to learn when you’re contributing back to society, your surroundings, and your world,” Svane tells StartupSmart.

“On top of this, data shows that taking time to give back to your community is a great way to learn empathy and build trust with your customers.”

Zendesk will help Be My Eyes close a Series A funding round and build out its business model, as well as giving access to its high-level of executive team for mentorship and dedicated monthly hours with key personnel in their recruiting, PR and marketing teams.

Svane, along with fellow co-founders Morten Primdahl and Alexander Aghassipour, has committed his own office hours to Be My Eyes.

“We see this kind of platform as visionary and believe that the future of volunteering and social impact will be an in-app or in-product experience,” she says.

“The way Be My Eyes is set up, a business, such as Zendesk, can integrate volunteer opportunities from Be My Eyes into our product.”

The initiative is not a first for Zendesk, which has established partnerships with charities like Purple Lion and STREAT.

It recently launched the Melbourne arm of its global Zendesk Neighbour Foundation committing $100,000 and 1000 hours of service to local charitable causes.

“Social impact and corporate social responsibility are becoming competitive differentiators for business and are no longer a nice-to-have, they are a must have,” Apczynski says.

With a growing trend in the desire to blend work with social good, she believes there is increasing pressure on the private sector to respond.

“It is also important that you always strive to build something that is bigger than yourself,” she says.

“That is the spirit of entrepreneurship after all and there’s no reason that spirit has to be restricted to business.”