How tragedy inspired the NSW Young Entrepreneur of the Year 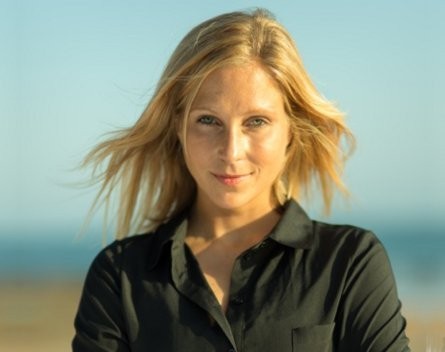 When Franziska Iseli-Hall’s father died five years ago, she realised she was deeply unhappy with her life and decided to quit the corporate world and launch her own business.

This week, Iseli-Hall was named NSW’s Young Entrepreneur of the year this week by the NSW Chamber of Commerce.

She says starting up her own business was one of the best decisions she ever made, during one of the most devastating periods of her life.

“When my brother called me to say my dad had a heart attack, for me that was a wake-up call. What the heck am I doing with my life? Because what if I died, would I be regretting what I’m doing right now? And I realised I would be,” Iseli-Hall says.

She quit her job, and launched her own marketing firm, Basic Bananas, in 2009. Self-funded and bootstrapped from the beginning, Iseli-Hall says the slow growth was rewarding in a way corporate work never was.

“It was very organic, slow and steady growth rather than going crazy and falling apart. I only moved out of my home and into an office last year,” Iseli-Hall says. “The business has doubled in the last two years, but always manageably. I only ever hired a team member when I really needed someone, only when we were at capacity.”

Her team of six now have regular meetings at the beach near their office, and Iseli-Hall says all the hard work has been worth it.

“I knew I had to change what I was doing because if I died right now I wouldn’t be happy. This has changed my life like crazy and I love it,” Iseli-Hall says.

She adds her favourite part of being an entrepreneur is supporting the small business community and the lifestyle. Iseli-Hall has now built her team to the point where she can travel for four months a year.

“One of things I always say is when you start a business, don’t go too crazy,” Iseli-Hall says.

“I started small and only ever used my own money and didn’t take a mortgage for the business. Now we’re ready to go international.”

Basic Bananas’s clients are based in Sydney, Melbourne and Brisbane. Iseli-Hall is heading to the US next year to explore the market, and plans to launch there and then Europe the following year.