If your company is nosediving, don’t buy a private jet! 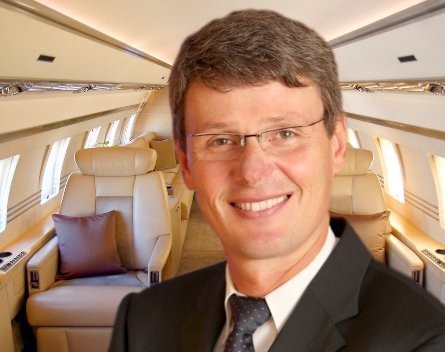 Occasionally, when you read a business news website, you’ll spot something that really makes you shake your head. Earlier this week, Old Taskmaster read such an article in The Wall Street Journal.

Now, as a business owner, just imagine yourself in this position.

You’ve just had the quarter from hell.

And by quarter from hell, I mean your company somehow managed to blow nearly $US1 billion in just one quarter. You also have nearly $US1 billion worth of inventory of your flagship product sitting in a warehouse somewhere gathering dust, potentially destined for landfill.

You try to launch another critical product – an app for Android and iOS – but a technical gremlin stops that going ahead the weekend it was supposed to go live.

Retailers have abandoned your products. So have executives and enterprise.

You were preparing to launch a new version of your product, but that got overshadowed by the dramatic resignation of one of your directors, who is now trying to buy the company off you.

You’ve announced that you have to let 40% of your staff go. Google has conveniently opened up a new facility just down the street to try to lure away the other 60%, given how shot your morale is. Oh, and there’s also been reports of an exodus of senior executives.

What would you do?

That’s the situation that confronted embattled Canadian smartphone maker BlackBerry chief executive Thorsten Heins this quarter. And you know what he decided to do?

He bought a new corporate jet.

A nice one. A Bombardier Global Express. The company took delivery of it in June, and has since sold it again.

Now, as regular readers of this column will know, it’s not too often that Old Taskmaster is lost for words. Well, dear reader, this may be a first.

Buying a new BlackBerry corporate jet can’t even be compared to fiddling while Rome burned. After all, back in 64 AD, Nero didn’t have the luxury of a leather seat in an air-conditioned cabin, now did he?!

While it’s a fairly extreme example, there’s a general principle at play here.

Being ambitious is great. But there’s a big difference between ambition and delusion – along with the skewed, private jet buying-priorities that result from it.

So be honest with yourself – and prioritise accordingly.