In love with Uber and Airbnb? You might have ‘disruption fever’ 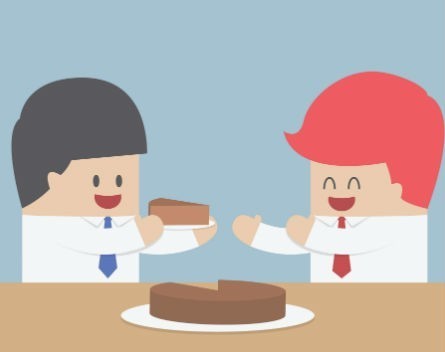 The Labor Party’s guidelines on the “sharing economy”, released last week, are a positive development for those concerned with the unfettered growth of businesses like Uber, Airbnb and others in the so-called “collaborative economy”.

Concern had centred on the propensity of these platform-based businesses to operate with scant regard for existing legal frameworks and industry norms –- as typified by Uber’s global assault on any regulatory barrier it perceives as inhibiting its freedom to operate or expand.

Some herald this “disruption” as necessary progress that allows the new economy to prosper to the advantage of consumers. Others question the nature of that progress and the implicit assumption that it provides net benefits to the community. Labor’s policy attempts to walk a tightrope between these two positions.

The main feature of the policy is a set of six principles for the treatment of “new economy/sharing economy” enterprises. These are:

These are commendable principles bringing some common sense to what sometimes seems to be “disruption fever” – driven by the need for short-term results and profits of Silicon Valley startups.

Shorten’s media release also acknowledges that “striking the right balance between supporting innovation and protecting the Australian community is complex”. And indeed it is. There is a clear gap between producing a list of good principles – which provides a quick political fix – and good policy that can be developed and operationalised.

For any policy in this area to be effective it needs to grapple with and challenge some underlying assumptions about the “sharing economy” and its associated rhetoric.

These assumptions include the following:

There is no denying that the shared economy comes with considerable potential for job creation, economic development and sustainable use of resources. However, the current discussion does not allow for a nuanced analysis of the very different models that operate under the broad umbrella of the “sharing economy”.

For instance two very successful participants in the sharing economy are Uber and Airbnb. These two businesses have common features. Both are global startups providing a platform that connects users and providers of resources and services, taking a commission on the connections. In both cases there are issues of public safety and tax implications.

There is however a key difference between the two models. Airbnb only facilitates the sharing of resources and there is no real labour involved. Also, in most cases, Airbnb has been skirting the edges of regulatory ambiguities, not overtly breaking the law or encouraging users of its platform to do so.

Uber on the other hand is a hybrid of two existing business models. The first one, very similar to Airbnb, aims at capturing the benefits of the shared economy. It constitutes a global startup based on the domination of intermediation. The second model is similar to a category of startups that provide the services of a workforce to clients. This model is much closer to that of the now defunct home-cleaning platform “Homejoy”.

Uber has consciously flouted local regulations on the basis that because it is doing something new, no existing regulation should be applicable. This has been evident in its insistence that its “partner-drivers” are not employees and therefore should not receive the benefits of employees. This has posed much more fundamental questions about its role in undermining wages and working conditions.

This threat is not unique to Australia with courts in the United States finding fault with Uber’s claims that its “partner-drivers” are independent contractors not employees.

So different platform providers clearly pose very different challenges to the community and policy makers. Considering how to operationalise Labor’s list of principles may provide an opportunity to differentiate between them and underline tensions and risks that vary significantly under different models of “economic sharing”.

This article was originally published on The