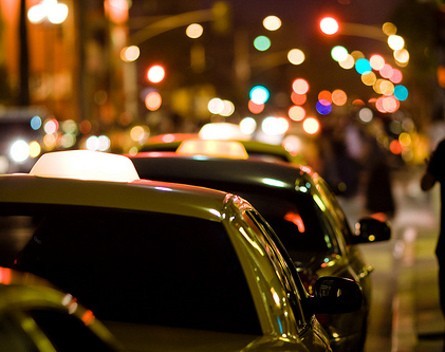 Sydney-based startup Ingogo, a taxi app and mobile payment provider which launches in Melbourne today, is hoping to take the stress out of ordering a taxi.

The app has a new booking feature which guarantees passengers a $10 credit if an advanced booking is cancelled and Ingogo can’t find a replacement.

It differentiates itself from Uber, which added Perth to the cities it services yesterday, by providing technology to existing taxi drivers and by allowing users to book a cab up to 48 hours in advance, as well as offering physical card payments as well as payments through the app.

Ingogo has been recruiting drivers for its Melbourne launch since the beginning of this year. It now has a network of over 500 drivers drawn from companies across the Victorian capital.

“We deal directly with the drivers, provided them with a mobile device, payment terminal, printer and put them through a training course,’’ he says.

“Basically the drivers are getting a small commission out of the payment, plus they’re getting more work, so for the driver it improves their income and improves the visibility of their service.

“Dominant players in Victoria, such as GM Cabs and Live Payments have already tried to push us out of the market – we’ve received legal threats and had an attempted smear campaign against us, but it’s only fuelled us to work harder.

“This offering aims to further disrupt the taxi incumbents.

“None of the existing networks, including Cabcharge, who own 13 Cabs/Black Cabs as well as Silver Top, currently offer any guarantee to passengers once their job is accepted.”

Online receipts containing pick-up and drop-off coordinates, date and time, and the last four digits of customer credit card numbers could be accessed by members of the public because of the data flaw.

Petrie says Ingogo has shut down the online receipt service while it investigates, but says the company has received advice that there was no security risk.

“We don’t believe there was a security risk, there’s a very, very remote chance that it could be used for a social engineering attack.

“But there’s an incredible amount of security there.”

Ingogo was previously earmarked as an Australian startup to watch in 2014 by StartupSmart.