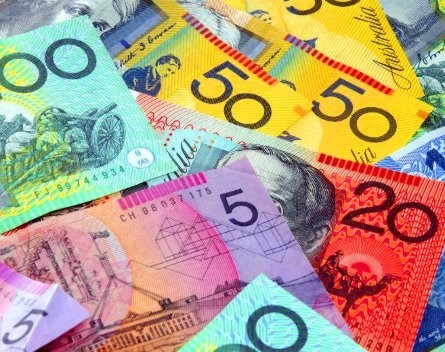 Sydney is well on its way to becoming a hub for financial technology companies with the launch of two co-working spaces for fintech startups.

However, some in the fintech space say regulatory burdens are stifling the local startup ecosystem and preventing new businesses from reaching their potential.

Paul Missio, co-founder of peer-to-peer lending startup Lend2Fund, told StartupSmart Sydney certainly “has the ingredients” for a fintech hub – particularly because of Australia’s proximity to Asia.

“If you try and match us and tick the boxes against other hubs, we compare most with London and they’ve been quite successful,” he says.

“And the reason for that is we have the universities who are producing the technologists and engineers. In Sydney there must be seven or eight campuses. We also have the banking industry… so you have a supply of fintech financial markets and retail markets all in the one place. If you compare that with San Francisco, they’ve got all the tech but New York’s got the finance – so it’s separated.”

Missio says it is also promising to see the level of support from the big banks as well as co-working spaces such as Stone and Chalk and The Tyro Fintech Hub.

“The banks are responding, and they’re reaching out to startups to help them – so with that type of support it’s going to keep growing and growing,” he says.

“At the moment there’s only a small amount of fintech startups relative to what there will be in about five years time.”

However, Missio says the policy environment and the view of the government need to change dramatically.

“At the moment they are more interested in supporting coal-type industries,” he says.

“Research and development, CSIRO, startups, and all these types of things are not getting the support that they are getting from overseas – particularly when you see how long the timeline is between raising an issue to actually getting around to putting that into policy. The next thing is just access to capital – venture capitalists are not as courageous or brave in Australia as what they are overseas.”

Reuben Bramanathan, a senior lawyer at Adroit Lawyers, says there needs to be a balance between regulation for fintech startups and an environment where they can test their product.

“It will be interesting to see how far the government is willing to go in terms of regulatory and tax breaks for fintech startups,” he says.

“Are we going to see a patent-box style system which encourages Australian companies to develop their products here and with the tax breaks required to do that? Are we going to see really generous grants and incentives? That sort of stuff is what startups really need. It needs to not just be a level playing field, it needs to actually be really incentivised.”

John Bush, co-founder of online shared payment platform Easyshare, told StartupSmart there are too many moments for startup founders where it would be easier to re-enter the corporate world.

“I spent thousands of dollars working out what type of licence you need,” he says.

“In my mind that is where you say, do I keep going back or do I get a day job?”