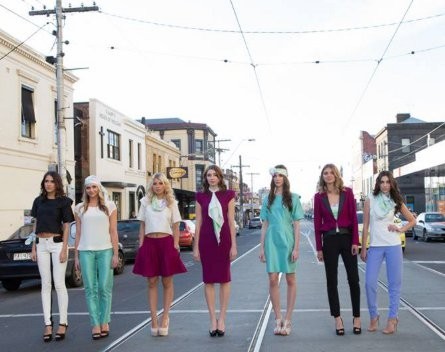 An independent fashion retailer has embarked on an innovative video campaign to bring new buyers to its digital and bricks-and-mortar stores, warning that retailers need to stand out to succeed in an increasingly competitive environment.

Gusto & Élan founder Katya Baxter told StartupSmart they created three videos to tap into the ripples being felt in the fashion world from Baz Luhrmann’s film adaptation of The Great Gatsby. The videos show how to incorporate “roaring twenties” style into everyday outfits.

Baxter says contemporary fashion brands face new challenges in the digital age. She says the videos are part of their ongoing exploration of the digital opportunities fashion retailers have.

“There is still money to be made in retail, and the key is innovating, attracting attention and working out what works,” Baxter says, who adds that discounting is not the answer to Australian retail’s woes.

“Discounts are not as much of an incentive as they used to be, when everything is constantly on sale. The discounts war is one of the main reasons retailers are suffering, and the ridiculous rents,” she says.

“In retail, especially fashion, there is an unprecedented shift in consumer behaviour. Consumers have a lot of choice,” Baxter says.

“With increased competition from all things like globalisation and online, retailers, especially independent ones that don’t have the big brand power behind them, simply have to evolve and innovate to attract the consumer dollars, especially if you are not competing on price.”

Baxter has recently launched a pop-up fashion gallery to showcase a range of scarves, the stories behind the designs, and the range of ways to wear it. Gusto & Élan also hold regular events in the store and throw themed parties.

She says the main challenge for retailers is price competition and increased choice for consumers, which has led to a “very, very competitive industry”.

Despite the challenges, Baxter who consults to fashion start-ups, says the internet is providing good opportunities for independent retailers.

“The great thing is that online has given independent retailers an opportunity to open their own virtual stores, and reach consumers interstate and internationally, something that was impossible before unless a customer physically walked into your store,” she says.