Rudd redux tipped to put innovation policy back on the road 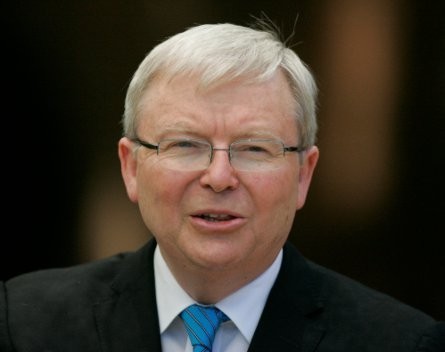 Kevin Rudd’s new cabinet, to be sworn in on Monday, could return innovation to the centre of government and form a key election pitch as loyal supporters of the new prime minister return to the frontbench.

Kim Carr, a long-time Rudd backer relegated to the backbench over his support for the PM in March’s non-challenge challenge, is expected to take on some combination of Innovation, Industry and Manufacturing, aligning the factional warrior and local champion with his new boss’ renewed election pledge to “make things”.

The long-serving Victorian Senator, whose term stretches to June 2017, lost the innovation portfolio to Greg Combet 18 months ago. He returned to the Gillard ministry in March 2012 as human services minister but resigned a year later over his support for Rudd in March’s non-challenge.

The media has been quick to put the mutual distrust between Left powerbroker Carr and Gillard down to personal enmity. But in Victoria, Gillard has also alienated the faction not only by her attempts to roll Barney Cooney, Lindsay Tanner and Gaye Yuille (successfully) for preselection, but also on her government’s declining support for manufacturing, science and research in the aftermath of the global financial crisis.

Funding for research was cut at last year’s MYEFO and again in the May budget. In February 2011, parts of the Green Car fund were axed, disappointing the industry and left-wing unions. And now the leading Left union representing academics (the NTEU), crucial to a new innovation push, is spending money to get Greens MPs elected, including Melbourne MP Adam Bandt, whose electorate includes the streets surrounding Carr’s electorate office in Carlton.

Sources close to Carr told Crikey this morning that, if reinstated, he would move to make innovation a central element of Labor’s pre-election policy pitch. At his post-caucus press conference on Wednesday, Rudd dropped a hint that his 2006 statement he didn’t want lead a country that didn’t “make things” would feature prominently.

During the leadership tussle in February 2012, Rudd said he would restore car industry funding. If that pledge was reprised it might influence Holden’s future plans to keep its manufacturing facilities in Australia.

Way back in 2010, innovation tsar Terry Cutler wrote in Crikey of his dismay in the government’s failure to act on his 2008 review commissioned by Rudd, Venturous Australia. He was aggrieved the government’s response to that review, Powering Ideas, was also gathering dust.

“A huge rebuilding exercise is necessary,” the Carr source said. “The relationship with the research communities and academics has severely fractured since December 2011.” There was a huge increase in the science and research budget under Carr’s reign, but since then the commitment had faltered, they said.

Meanwhile, outrage continues to percolate around the party over the choice of conservative Shop Assistants-aligned Senator Jacinta Collins to the deputy Senate leadership. Collins defeated Carr for the position in caucus on Wednesday night, catching Left forces on the hop.

“It was just rammed through on factional lines … there wasn’t any time to plan,” one annoyed caucus source said.

Others suggested Collins’ appointment was a sop to Gillard forces — if all leadership positions in the spill were given to Rudd backers then it might seem like hubris.