Inside Slush: day one of Europe’s biggest tech conference 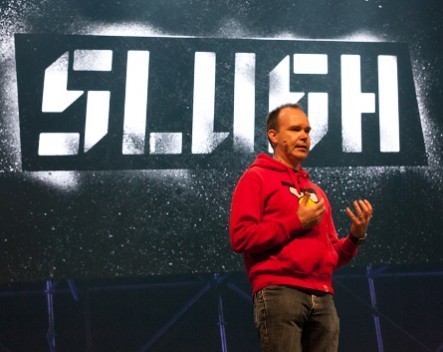 The first impressions of Helsinki in winter evoke words like “grim” and “desolate”. Rather than shying away from the imagery of a frozen northern landscape, Slush embraces it with the slogan “welcome to the north”.

While slightly foreboding, the message is one of a frontier in both location and the startup ecosystem. Where Nokia once held the world’s attention for Finnish tech companies, the country’s gaming scene has charged into focus with Rovio’s Angry Birds followed by Supercell’s Clash of Clans as almost default downloads for addictive mobile gaming.

The Slush experience starts right from the beginning, at a sparse airport with a surprising amount of the non-European startup community spilling out into the freezing winds. Including more than a few Australians, who we will meet over the coming days.

With what can only be called spectacular growth, Slush has outgrown its previous venue and settled into the Messukeskus convention centre on the edge of town. With an almost absurd amount of attention to detail, the team have converted an enormous convention centre into a thriving and beautiful rave, complete with smoke machines, lasers, and dubstep breakdown.

The venue is set up around four major stages, one dedicated entirely to the startup battle pitching 100 international and local startups against each other for a top prize of 250,000 euros. Yes, euros. This alone would be an incredible ringside event, but the day kicks off at high speed with Finland’s Prime Minister Alexander Stubb taking the Silver Stage to launch the event. In the process affirming his support for the national tech and startup community and sharing his belief that “kids need to learn coding at school”.

A small comment but a big point of difference compared to the debate surrounding reports in Australia released by Education Minister Christopher Pyne, suggesting that a digital technologies curriculum was unnecessary in Australia as a point of focus for our future workforce.

Cementing the contrast are furthers comments by Estonia’s young Prime Minister Taavi Roivas, taking the stage to boast that the country sets the record for most startups per capita, and that he has actively studied the success of major local startup success stories that include the Microsoft acquisition of Skype.

Also on the political tip, a few words from surprise guest Chinese Vice Prime-Minister Wang Yang, who despite the pomp and ceremony of his attendance, managed to drop a locally relevant joke by way of “I’m not angry, I’m a fan of Angry Birds”. A little lost in translation perhaps, but it’s the thought that counts.

Elsewhere, the schedule splits the crowds into three major streams of Gaming, Leadership and Enterprise Software. On the gaming tip, Rakuten founder Hiroshi Mikitani speaks about leading the curve in converting his company to operating in English, a tactic that is now taught in business school as one of the secrets of Samsung’s success on South Korea. For Mikitani’s moves, he said the appreciation was a long time coming.

“Many people really critiqued me & called me crazy,” he said. “But it now allows them to hire from all over the world, and 80% are non-Japanese and the diversity has helped us to become more innovative and is core to our growth.”

Taizo Son notably sharing tales of the days of his shame in being unable to make payroll for the staff of the then-fledging gaming company. The now-billionaire laughing now about advice that startup life is not unlike a video game. “You are like Super Mario,” said Son. “You are struggling in the first stage but its fun to play”.

Building a successful company is a game that has come at the cost of many mistakes, with Son claiming that more than 80% of his decisions over the last 15 years have been failures. He advises that startups embrace the opportunity to fail as not only one to learn, but one to define the potential path.

“In most of cases we can’t execute what we think ideally so we have to align with the failures.”

Supercell CEO Ilkka Paananen on the other hand advised a theme of team dynamics and persistence as a path to luck.

“Most successful people don’t know why they are successful so luck does play a role,” said Paananen.  “Even if they did know, how do you know those methods are applicable to you situation?”

Instead of reliance on advice he spoke of the importance of forming a hard working team with a strong dynamic, and taking the input of adviser’s with a grain of salt.

“Be humble and listen to everybody, but make the decisions yourselves and trust your instincts,” Paananen said. Adding a cautionary comment on the topic of diversity, stating that he “would never invest in a group that does the same thing as I did”.

Back from the dead (but where is Snake?)

Of the many product announcements making the most of the event’s media platform today, the most high profile was the launch of the Nokia N1 tablet. Being released in time for the Chinese New Year of February 15, Nokia is jumping back into the consumer hardware space with a competitively priced $249 tablet.

The bombastic launch and focus on releasing into the Chinese market first showed a renewed enthusiasm after the Finnish company sold its handset business to Microsoft. To be clear, this is the Nokia mothership reasserting its relevance after selling off it’s most well-known product arm, and we will reserve judgement until we get our hands-on media demo on the second day of Slush tomorrow. In the meantime, the bravado is infectious. At least as far as Scandinavian culture goes, with Nokia’s head of products Sebastian Nystrom taking his time to soak up the stage.

“They said RIP Nokia. I say they couldn’t be more wrong”.

It wasn’t quite a Jobs-esque performance, but the local crowd were rapturous with the potential of the local heroes rising again.

In the “mind equals blown” category of the day was the direly titled “RIP Internet”, presented by Finnish security expert (and regular conference celebrity talker) Mikko Hypponen. As a veteran of computer security, Mikko spoke of the looming dangers in the infrastructure of the internet, and the potential for it to be damaged or destroyed by either neglect or intent.

“Sometimes it feels like we’ve built a monster,” Hypponen reflected. “We are running our critical infrastructure with ‘projects’”. While an advocate for open source, he points out the recent Heartbleed and Shellshock vulnerabilities of popular and in many cases essential open-source projects, and asks if there’s not a better way to ensure the development of such ubiquitous infrastructure technology.

On a darker note, Hypponen walks through an example of governmental interference, showing examples of a WhatsApp message sent during the Hong Kong riots. The message claimed to be from protesters, linking to software to allow them to communicate and organise via a private network. The network allegedly run by the Chinese government as a way to access personal details and track the key organisers of the riots. Heavy.

Other examples of impending doom included known cases of bot networks formed via insecure devices in the category of the Internet of Things.

“Who wants to infect [web enabled] toasters? It beats me – but combined they make an effective bitcoin mining network!”

Design first (or when you need a pick-me-up)

For those needing a break from the security downers, a Product Design feature on the Green Stage ranged across topics of interface design, UX and hardware design.

Microsoft’s hardware phone designer Peter Griffith talked about obsessive details in hardware development, while Infogram’s Ikko Jarvenpaa talked about the responsibility and ethics of startups where trends and opportunities outpace the legal framework.

“Technology moves faster than laws, creating unregulated opportunities,” said Järvenpää. “But we need to be mindful of societal repercussions. With great power comes great responsibility, yes, but those of us working with highly scalable technologies wield great power”

What does on sauna stays in sauna

As the sessions wound down for the day the halls were cleared to transform into party mode, seeing a literal army of local volunteers spill out to convert the promo stands, stages and social spaces into one big party venue.

Given it already looks like that rave I accidentally went to that time and didn’t inhale at, it’s no surprise.

But what goes on startup tour, stays on startup tour. Unless you follow the tweet stream, in which case you can tune in tomorrow for more live action on the floor of Slush 2014 – including a hands-on with the Nokia N1 and an introduction to the (crazy) Australians that have made the pilgrimage from Down Under to the northern frontiers of global technology and startup culture.