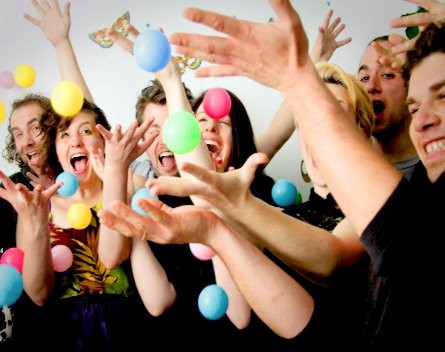 The Melbourne-based co-working space Inspire9 says it will be able to open up the venue to more entrepreneurs after securing a sponsorship deal from Optus for the duration of 2013.

Inspire9, founded in 2006 by Nathan Sampimon, who also co-founded AngelCube, is a co-working space for start-ups, freelancers and creative types.

Inspire9 began in a triple-level office space in the Melbourne suburb of Cremorne but is now based in Richmond. Inspire9 has announced Optus is sponsoring the venue in 2013.

“The contract kicked off at the start of the year. The amount is something Optus doesn’t want to disclose,” Sampimon told StartupSmart.

“We’ve just opened up the second half of the space. We’re in a better position to roll out better services to our existing residents and make small changes.”

“Sponsorship will be used for general upkeep and current renovations, the purchasing of desks… [and] continuation of the high speed rate at which our internet functions,” she says.

Hedditch says this is the first time Inspire9 has received external funding.

“Optus’ sponsorship will strengthen our community by providing other entrepreneurs access to the space,” she says.

“We want to provide the best possible environment for Melbourne’s budding entrepreneurs to meet other like-minded people.”

In September last year, Fishburners extended its sponsorship deal with Optus, effectively ensuring it remains viable for the next three years.

Optus agreed to pay $100,000 a year to have its name associated with Fishburners for a two-year period. The current link-up ends this year, meaning the extension will take the partnership through until 2015.

While it’s unknown how much money Optus has thrown at Inspire9, Hedditch says sponsorship from Optus is “not as uncharacteristic as one may think”.

“Optus is the major sponsor of the Melbourne and Sydney Startup Weekend events and has its own mid-stage venture fund, the Innov8 Seed Program,” she says.

“Sponsorship means Inspire9 can continue to cultivate, improve and sustain its current position as one of Melbourne’s coolest co-working spaces.”