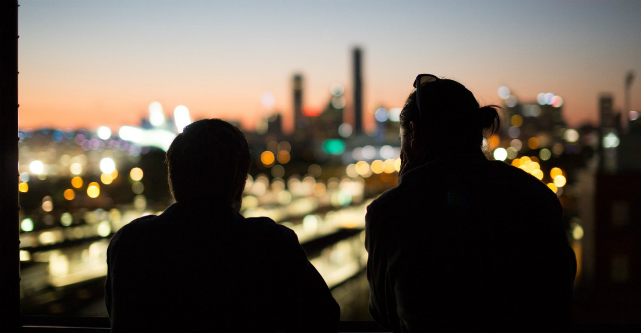 Melbourne co-working space Inspire9 has appointed a new CEO as it plans a “massive expansion” into the city’s west.

Serial entrepreneur and two-time BRW Fast 100 entrant Mark Balla will be taking on the head role at the startup hub, which will soon be taking on a 2300m2 space at the newly announced Dream Factory in Footscray.

Announced on Tuesday, the Dream Factory will be run by the Impact Investment Group and will span across four levels and 7000m2.

It’s a big move for the now seven year old organisation, and Balla says it’s an exciting time to be taking over the reigns.

“I couldn’t ask for a better introduction to the business,” Balla tells StartupSmart.

Inspire9 is now on the hunt for startups and entrepreneurs to fill the space, and Balla says they are especially interested in companies from around the city’s west.

“We want to focus on startups that come from that side of town, but we’ll look at anyone,” he says.

“It’s another version of what we’re doing in Richmond. We have a direct impact on the local economy here so it’d be great to increase that and bring in more people.”

Balla is a long-time entrepreneur that has founded several companies including most recently a not-for-profit building toilets for schools in India.

“Founding businesses runs in my blood,” he says.

“I have a deep interest in continuing to develop Inspire9’s footprint to ensure that the business founders of Australia continue to have a strong and supportive community to join and contribute to.

He says he wants to bring this focus on the social good to the co-working space and its inhabitants.

“I’m bringing that way of thinking into Inspire9,” Balla says.

“We can be more than just Richmond or Footscray.”

Inspire9 will also be playing host to the Simplot Ignite food-tech accelerator in a few weeks, housing a number of startups going through the program.

“It’s a slightly new direction for us and it highlights for current and future residents that if they’ve got something new, exciting and innovative that needs space, they can talk to us,” Balla says.

“If someone comes in with another type of accelerator outside of our previous experience then we’d love to see them.

“We’re open to anyone that’s hoping to build something and help people.”

In another new partnership, Inspire9 will also be working with health consultancy PHW to “reimagine” its communal work areas in order to make the experience better for its inhabitants.

“Right now we’re very full so being able to fit more people that are looking for space is really exciting,” Balla says.

Balla has the backing of Victorian minister for small business, innovation and trade Philip Dalidakis.

“It’s great that Inspire9 have found Mark, who I’m sure will do great things for the company,” Dalidakis says.

“We want Victoria to be the location of choice for startups worldwide and as a homegrown success story Inspire9 is a great example of how bright ideas can grow and expand into globally competitive businesses.”