Internode: The inside story of how Simon Hackett built and sold a tech empire 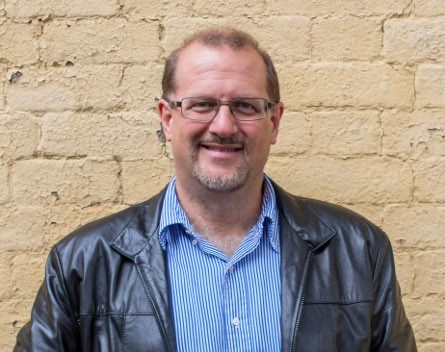 Launched in the early days of dial-up internet, the South Australian ISP eventually grew to be a national broadband ADSL provider.

Hackett eventually sold the company in December 2011 to iiNet for $105 million, serving as a director after the sale.

In the first of a two-part interview with StartupSmart, Hackett discusses his experiences in launching, pivoting, growing and, eventually, selling a major tech business.

For Hackett, money was never the primary motivator in building and growing a business.

“I had always had a desire to start a company. I’m not sure why, but I feel that this drive is an affliction  that strikes some (small) proportion of the population, such that it’s just something they are driven to do!” Hackett says.

“I had been writing software on a consulting basis during my University of Adelaide student days. I wound up working at the University when the university sector decided to create the first version of the internet in Australia, AARNet, linking all of the universities and the CSIRO together and onward to the world via the USA.

“I found myself as a member of a small national team that created and deployed that network across Australia.”

Surprisingly, despite this early exposure to the internet, Hackett says Internode was originally more of a software company than an internet service provider.

“I left the university job in 1991 and started Internode with a different initial aim. That initial aim didn’t work out, and instead we pivoted and grew the company initially as the Australian representative of a Californian company that sold software to the universities that enabled them to connect their Digital VAX/VMS computers to the internet.

“This was, at the time, high value software for high cost computers. Internode sold and supported this software to around 140 corporate customers around Australia with similar needs, as the internet began to spread out into the commercial sector.

“By 1994 it was obvious that this software opportunity would start to wane over the next few years, so I pivoted the company again by investing our entire accumulated earnings to buy the hardware needed to become an internet service provider. This is something we were well placed to do, given my ‘day one’ internet protocol experience in Australia.”

A further pivot, from a local dial-up internet provider to a nationwide ADSL broadband carrier, came as technology advanced through the early 2000s.

“Soon after the year 2000 the company pivoted again and transitioned from being a (mostly) South Australian dial-up ISP and again re-invested ‘everything’ to launch as a national ADSL-based broadband ISP,” Hackett says.

“That move turned out to be quite a successful one.

“We grew from zero broadband customers to almost 200,000 of them, and to an annual turnover of around $200 million, supported by a team approaching 500 people, all over the next decade or so.”

During that period of growth, Hackett took a very hands-on role with customer service, regularly fielding customer service questions on the online discussion forum Whirlpool. He describes this as being the key to the company’s success.

“The decision to be a visible and involved person in the way that chose to do was something that just seemed like the right thing to do – and it definitely turned out to be,” he says.

“The reason I decided to hop on to Whirlpool one day, surrounded by a sea of de-identified people, and get involved with my real name and affiliation disclosed was that I had recently come across a (then) new book called the Cluetrain Manifesto.

“It is, in my view, one of the unacknowledged precursors of what is now called social media. Back then – more than a decade ago – it just seemed like honesty.

“I have always been driven by high quality customer service as a goal. I realised long ago that what I was running was a customer service business with technology as our lever – not a technical business alone.

“The fact that Internode wound up regularly winning national customer service satisfaction surveys, ahead of all of the ‘big boys’, was (and is) a quiet source of pride for me. It reflected our long-term collective efforts toward that goal, as a team.”

In December 2011, Hackett sold Internode to iiNet for $105 million. Hackett says there were a number of factors that came together in his decision to sell.

“After an incredible and rapid growth period for around a decade, the entire broadband industry had reached customer saturation and growth had levelled off,” Hackett says.

“The rise of the NBN in the same timeframe generated a different challenge – that of extreme scale economics. To be a viable, directly interfaced national player on the NBN, an ISP needs at least 400,000 customers in order for the fixed overhead costs to play to be diluted acceptably into the variable overheads to support each new customer. At the time, Internode had around half that number of customers, and in a saturated market the only way to grow that customer base size was to join forces with someone else.

“There were lots of possible ways to do that, but the far-and-away best fit with was iiNet, a company for whom I had always had huge respect, and whose founder, Michael Malone, shared similar ethics and a similar drive for the pursuit of excellence. So it wasn’t a hard deal to do, once I decided that I was prepared to do it.

“It wasn’t about the money; I feel the transaction was done at a fair value, but I did it in order to ensure the long-term life of the company that I had built up and that I dearly love. It has indeed continued strongly as a part of the iiNet group, continuing to grow, and contributing around a quarter of the overall results of the group on an ongoing basis.”

After years of hard work devoted to growing a business from scratch, the decision to sell can be emotionally difficult for many entrepreneurs.

Rather than suddenly severing of all ties with his former company, Hackett decided to move away from the business he started in a number of gradual steps.

“It was a huge part of my life. I had spent time (on many trips to the USA) with other people who had built up and then departed from companies they had founded. Some of them had sold and walked away completely, and had often suffered various sorts of mental challenges as a result – especially depression or related emotional episodes driven by having a huge hole suddenly imposed upon a previously very ‘driven’ way of life,” Hackett says.

“As a direct and premeditated effort to avoid that, I consciously embarked on a path of taking myself out of Internode in multiple, gradual, steps.

“This sequence included taking the payment for Internode substantially in shares in iiNet rather than in cash, to remain involved; staying on across the initial merging of the companies as MD; moving up to take on a non-executive director role on the board of iiNet; and ultimately (and reluctantly) then departing the iiNet board in order to accept a directorship at NBN Co.

“These incremental steps have all been great, and exciting, changes in my life and I’m very much enjoying this evolution over time. Lately that evolution has included starting to be involved with new investments in a variety of other things.”