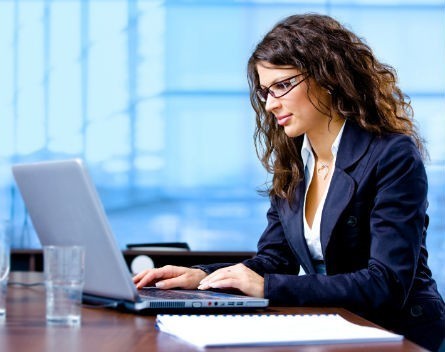 When entrepreneur Dr Catriona Wallace wanted to grow her tech startup and saw there were no shared workspaces specifically catering to women, she came up with a whole new business idea.

That business is The Ventura, Australia’s first co-working space designed specifically for the needs of female entrepreneurs in the early stages of their careers in business.

The first such co-working space is located on Sussex Street in Sydney, with hopes to expand to other spaces across Sydney and Australia. It aims to provide an opportunity for entrepreneurs to enjoy a shared workspace without the heavily male-dominated culture that so many co-working spaces currently feature.

“I currently own three businesses and one of them, Flamingo, is a tech startup. Last year we reached a stage where we needed our own space, but because rental prices in Sydney are very hard to manage in the early stages of a business I thought I would do what other startups do and investigate co-working spaces,” Wallace told Women’s Agenda.

“But when I started investigating our options, I just found them all to be very masculine – the majority of the people working in them were men and the culture felt very male-dominated. So I thought to myself, if I’m not comfortable here, where can the girls go?”

Wallace believes women entrepreneurs face unique challenges in the startup world, and need spaces that specifically cater to such needs.

“We studied co-working spaces all over the world and found there were so few dedicated to women. So we decided to set up The Ventura based on the principles we think will help women entrepreneurs find success,” Wallace said.

Those principles include providing a physical space that enables women to feel connected, while also offering access to capital networks and technological advice.

“So many women entrepreneurs are very isolated when beginning their startups, they often work from home, have children, have very little steady income and are transitioning out of a corporate role, so they are not well connected to the entrepreneurial community,” Wallace explained.

“One of the most important things The Ventura will do is provide a physical space for these women to work away from their kitchen bench and be surrounded by other women trying to do the same thing as they are. Also, we are dedicated to having a space for children so that women can bring their children to work and keep them close.”

“Another key factor is access to capital – when women enter the startup world, they often have very few connections to investors, so The Ventura will build relationships between members of the capital community and the women entrepreneurs who use the space.”

Wallace added that it’s important to provide access to tech specialists, as so many startups involve a technological element but many women entrepreneurs do not have expertise in the tech field. This results in women losing money in early stages due to poor decision making when it comes to technology.

The Ventura is aimed at women in the early stages of starting their business – those with fewer than 10 employees that have been operational for less than three years. Most importantly, the business must have a female founder, co-founder, CEO or leader. This does not mean, however, that the space will not involve men.

“Even if all the people the CEO or founder employs are men, that’s fine, as long as it is led by a woman. We are clear about the fact that we are not exclusive of men, we are simply catering specifically to the needs of women,” Wallace said.

“We expect about half of the employees using our space will be men.”

Another important part of Wallace’s vision for The Ventura is that it will support women from groups that are largely underrepresented in the startup and business worlds, such as Indigenous women, lesbian and transgender women, women with disabilities, asylum seekers and women from remote areas of Australia. The Ventura will dedicate 20% of its office space to these women.

The Ventura has brought on “guardians of the Ventura” – high profile women such as Anne Summers, Emma Isaacs and Carla McGrath to ensure that the space is doing everything it can to support women who are largely under supported in the startup community.

The Ventura will officially launch next Tuesday, March 31.

This article was originally published at Women’s Agenda.