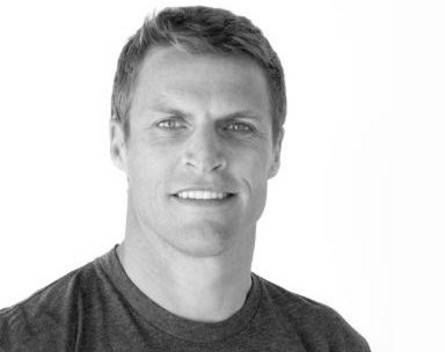 Focusing on building a great product has been key to the success of Invoice2go, which has just announced it has raised $35 million in funding, according to founder Chris Strode.

Invoice2go offers an invoicing app, which helps small businesses manage cash flow through invoicing, expense tracking and operational tools. It’s currently the top grossing business app in the Australian App Store, has over 100,000 customers worldwide, processes over 10 billion in invoicing every year, and is available in nine different languages.

The $35 million funding round is Invoice2go’s first and is led by Accel Partners supported by Ribbit Capital. Strode says it was Accel Partners’ track record of building startups into lasting category defining companies that appealed to him.

The venture capital firm includes Atlassian and 99 Designs among its portfolio of investments, as well as Dropbox, Etsy, Facebook and Spotify.

Strode says the fund raise was pretty straightforward once the startup had decided exactly what they wanted. Invoice2go had a number of offers from the “big incumbents in Australia and globally” and had contact from a lot of venture capital firms.

The funds will be used to help accelerate Invoice2go’s growth.

“We’ve got 120,000 customers but the market potential of 100 million is no exaggeration,” Strode says.

To help achieve that goal Invoice2go has appointed Greg Waldorf, CEO-in-residence at Accel Partners, as its new CEO and has opened an office in Palo Alto, California, where Waldorf will focus on driving expansion.

“Greg has a history of taking companies that have a great product market fit and taking them to the next level,” Strode says.

He adds that while he’s enjoyed the challenge presented by the company’s growth, his passion has always been “sitting in a room full of developers and building products”.

It was that passion that led Strode to found Invoice2go in 2002. It’s always been in the business of creating invoicing applications, but originally they were just for desktops. When smartphones came onto the scene, Strode anticipated demand for a mobile-based invoicing app. Acting quickly gave Invoice2go a head start on its competitors, and it hasn’t looked back since.

“I knew exactly how small business worked and what they wanted,” Strode says.

“I really thought small business would embrace mobile and there was going to be a big change. We were the first ones to put all of that invoicing into a mobile app. And as soon as we did that, we weren’t aware how much traction we were going to get. With the release of the iPad it really accelerated, and Android helped build more traction too.”

Strode puts the apps success down to his focus on building a great product.

“It’s a key point for every startup. You’ve got to get a little bit of traction, then you’ve got to iterate as quickly as possible with the customer feedback you get,” he says.

“Keep iterating and getting better. It’s hard work and you’ve got to be very scrappy.”

Being based in Central Coast, New South Wales has helped with that goal.

“We didn’t have a lot of distraction that you might have being from the city, or even building a startup from Palo Alto,” he says.

“As a founder, that’s what I liked about it. In this day and age it’s a much more level playing field. We had no trouble trying to find talent; we found a lot of people prepared to do the commute from Sydney and were able to train up the right guys to give more firepower.”