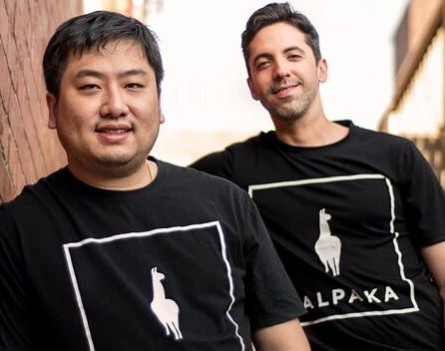 A Melbourne-based startup is out to prove that nothing, not even the humble water bottle, is free from the Internet of Things.

ALPAKA will soon be launching a crowdfunding campaign for FLOW, a smart, internet-connected bottle that can alert the owner when it’s left behind and make sure they’re drinking enough water.

Co-founder Jin Li says he and Ramiro Gomez originally thought of the idea of combining a bottle with the IoT after becoming exasperated with buying fancy new bottles and then promptly losing them only weeks later.

“To limit our dependence on bottled water we got these really expensive $70 stainless steel bottles,” Lin says.

“They didn’t look great, and we’d leave them behind at the gym, and when we went back they’d be gone. We’d go through one of those bottles a month because we’d keep forgetting them.”

So the duo started by incorporating a beacon sensor to “act as a pyre” and remind the owner if the bottle is left behind, and Li says this will have positive environmental impacts too.

“Drinking bottled water isn’t good for the environment,” he says.

“The plastics aren’t recycled and they end up in the ocean or waste dump.”

The founders then decided to fully embrace the Internet of Things and incorporate technology to track the owner’s water consumption, which they then paired with an iOS and Android app.

“If you’re not drinking enough, it will remind you,” Li says.

“Currently a lot of people working in an office don’t drink enough water every day. We want to focus on the people who want to stay healthy but have a really busy lifestyle.”

Li says he hopes to eventually be able to incorporate the technology with FitBit and similar devices, which only let users manually track their water consumption at the moment.

The FLOW bottle is also about bringing style to the old-fashioned bottle, he says, and turning an inconvenient but necessary product into a fashion statement. It’ll be made using an aluminium alloy casing with an organic carbon filter and glass insert.

“Most water bottles are the same, they all look very much the same,” Li says.

“We want to do something that’s unique, something to celebrate you and the 21st century. We’ve combined that into a product we think will work and we’ve worked with other companies to create the technology.

“We want to make something you’ll want to take with you every day. It’s a statement piece.”

ALPAKA will be launching an Indiegogo campaign for the IoT water bottle on 17 November and hope to raise $50,000 to cover the manufacturing costs, while the pair has already chipped in $40,000 for the initial costs.