Is Amazon eyeing off the Australian grocery market? 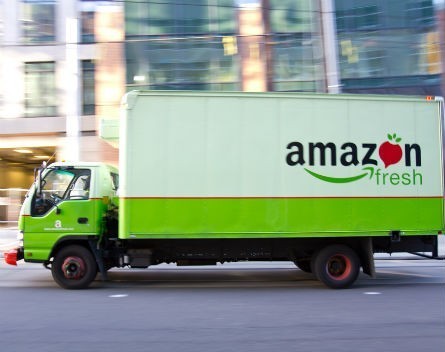 The duopoly in Australia’s grocery market could be in for a shake-up by an unexpected international entrant: Amazon.

The global retail giant is looking to hire a software development engineer in Brisbane for its AmazonFresh home delivery grocery service.

“We are looking for a software engineer to design and develop the systems that power our [AmazonFresh] service and help us take this business to the next level,” said Amazon in the job ad.

“As a member of a team focused on innovation, you will be responsible for building a system to support a new and confidential Amazon Fresh initiative that will help revolutionise the grocery shopping experience.”

AmazonFresh currently only operates in three cities in the United States, but Business Insider reports Amazon has previously indicated it could expand the service to up to 20 other locations this year, including international locations.

PrivateMedia asked Amazon if there are plans to roll put AmazonFresh to Australia, but was told: “AmazonFresh is available in Seattle, Northern and Southern California”.

Jos de Bruin, chief executive of Master Grocers, told SmartCompany any move into the local grocery market by Amazon would certainly change the game for supermarket giants Coles and Woolworths.

“Competition is good, we need competition there’s no doubt about it,” says de Bruin.

“But it would be a big step for Amazon to get into fresh produce.”

De Bruin says independent grocers around Australia are watching the online grocery market “with great interest”, including moves by Coles and Woolworths to ramp up the promotion of their online services and create drop-off hubs for online customers.

But de Bruin says it is still “early days” for online grocery delivery in Australia and Master Grocers is “still suspicious of the potential for further growth”.

“We know many professional people for whom online shopping is attractive like the novelty, but they also like the experience of shopping for fresh produce,” he says.

“But there will come a time when certainly more people will avail themselves to online shopping,” he says.

“To supply the best quality, with life left in the product, you have to charge premium prices,” he says.

“There’s lead times for orders, lead times for delivery, and costs to the supply chain for people delivering the food. You can’t just deliver the food in an ordinary van.”

He says independent grocers are not “ignoring” the trend towards online shopping, instead his larger members are “watching the trend very closely to ascertain whether to invest in an online platform themselves”.