Is fear holding you back from chasing your dream? 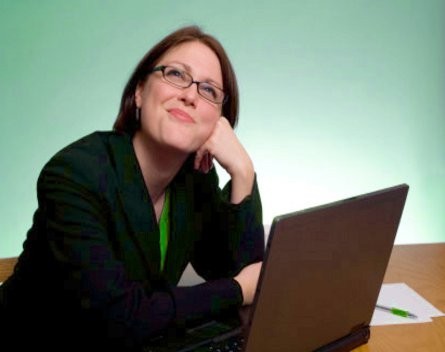 Last night I attended Women’s Agenda’s sister publication StartupSmart’s inaugural pitching event, So You Think You Can Start Up at the glamorous office of sponsor Servcorp in Sydney’s Chifley Tower.

The room was brimming with guests just minutes after the official start time, so enthusiasm was high in the room. Everywhere I looked there were quite literally bright-eyed, confident young men eagerly awaiting their chance to pitch. I could count on two hands the number of women in the room who didn’t work for either StartUp Smart or Servcorp.

Two of those women in the room were Angel investors: So You Think You Can Start Up judge and international growth expert Jana Matthews and Angel investor Renata Cooper.

Of the 100+ entrants in the competition, which gave entrepreneurs the chance to pitch their ideas in front of Angel investors, only 30% were from women. The finalists were chosen entirely on merit and two of them have female co-founders. The final 10 were the ideas most likely to be unique, fill a need and demonstrate the ability to generate revenue. Given the number of new businesses started by women has doubled since 2007 bringing the number of female business owners in Australia to around the million mark, I was surprised to see there were no women doing the pitching.

According to research conducted by the Australian Women of Chamber and Commerce and Industry in 2012 it seems women start their businesses with less than $5,000 and then don’t sell themselves as well as men do when seeking funding.

The answer may lie with our gender’s lack of general confidence and attitude to risk. Angel Investor and SCALE co-founder Laura McKenzie told StartUp Smart that she believes female entrepreneurs feel they need to have achieved something “before they shout about it as opposed to men, who I think are more likely to put their hand up early”.

It’s the attribute that female entrepreneurs share with far too many women in the corporate sector. The theme of needing to have all the answers before putting your hand up for promotion or an investor is one that continues to hold women back from getting ahead sooner.

Is this your story too?