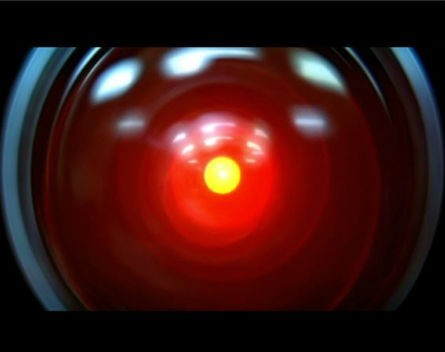 The Internet of Things (IoT) has come under the spotlight following customer outrage at the fact Samsung’s smart TV can transmit personal conversations to a third party.

Samsung has since clarified its privacy policy, saying it takes customer data very seriously. But are concerns about customer data a significant issue for Australian startups?

Adir Shiffman, executive chairman of Catapult Sports, told StartupSmart privacy should be at the forefront of everyone’s minds “full stop” – regardless of whether they are an IoT startup or not.

“We basically live in an age where there is too much personal data floating around and not enough experience in what data should be out there and who should manage that data,” he says.

“I don’t think IoT startups should worry about it any more than startups in general… but any company that is managing data of any sort needs to have a clear strategy of managing that data and – more importantly – how it is doing to manage a data breach.”

“It’s definitely something you’ve got to take extremely seriously, especially if you want to export,” he says.

“Most if not all IoT startups are looking beyond Australia. If you’re looking at countries like Germany, privacy laws are much stricter there and you’ve got to make sure you’re hitting a level that means you are adopting the highest standards.”

Davison says the issue for startups in the Internet of Things space is that consumers are generally happy to forgo privacy in exchange for a good product or service in the majority of cases. However, the recent backlash against Samsung shows that consumers can also be sensitive about their personal data.

“What seems to be happening is if you just look at how people are behaving, it looks like they are prepared to trade off quite a lot of privacy for utility,” Davison says.

“So if you look at the example of Facebook or something like Dropbox where people are revealing a lot of information because it’s useful for them personally to do so. They’re not quite clear of the risks.”

But even though most people understand that their tweets and Facebook photos are public, they are less aware their fridge or light bulb has the ability to track their personal habits, according to LIFX’s vice president of software and product John Cameron.

“Such data helps IoT devices get smarter and better tailored to automatically do exactly what you want,” he says.

“But in the wrong hands the info needed for great IoT solutions has huge potential for misuse. Risks could range from getting access to your Wi-Fi network, through to knowing your house is empty as a burglary target.”

Other concerns and barriers to entry

However, privacy and security concerns aren’t the only things startups in the Internet of Things space have to overcome.

Davison says the key point of different for IoT startups is the cost of prototypes, which are very expensive.

“It’s very hard to be agile when you’ve got a physical product,” he says.

“Especially in Australia – startups generally get less investment here than in, say, California.”

Shiffman, meanwhile, is even more direct.

“If you want an easy startup, pick software,” he says.

“But if you want a startup in my view with more potential to change the way people live, then probably a hardware startup – if it succeeds – is more likely to do that.”

Cameron on the other hand points to interoperation as another issue facing IoT products.

“The sum is so much greater than the parts,” he says.

“Right now most IoT devices work well alone, but there’s some way to go before they’re all talking the same language and can instantly interoperate.”