Is Uber vetting its drivers correctly? 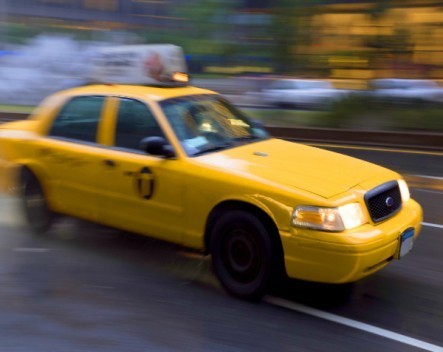 A 31-year-old Uber driver from Melbourne has been arrested following allegations he assaulted his teenage passenger.

A 19-year-old woman booked an UberX car around 4am on New Year’s Day, according to Victoria Police. It is alleged her driver indecently assaulted her during the trip, before dropping her off at an address in the suburb of Templestowe.

The Uber driver has been released pending summons, and is expected to be charged with sex and unaccredited driving offences.

The alleged assault follows a number of recent incidents involving Uber drivers that have garnered media attention around the world.

Last month in Boston an Uber driver was charged with raping a young woman. A week earlier, in India, a driver allegedly raped a 25-year-old passenger before threatening to kill her.

The company’s woes have failed to stop in the New Year with a same-sex couple in London claiming to have been thrown out of their driver’s car simply for kissing each other, according to The Telegraph.

“I take gays, but they normally don’t do this,” the Uber driver allegedly told the couple after pulling over and asking them to get out.

A spokesperson for Uber said the arrest over the weekend in Melbourne followed “a terrible crime”.

“It is our policy to immediately deactivate a partner-driver following any such allegation, which we have done,” she says.

“We will continue working diligently to assist the authorities in any way we can.”

It is understood Uber has been in contact with the victim’s family since learning about the incident earlier this month.

When asked whether Uber is or would be reviewing its vetting processes in light of the alleged assault in Australia, as well as incidents overseas, the company’s spokesperson for Australia and New Zealand pointed to existing checks and balances.

“Uber has access to the Australian Federal Police’s national Crimtrac database to complete background checks on partner-drivers,” she says.

“We are also working closely with the Taxi Services Commission on having all partner-drivers accredited through them in addition to our own background checks as quickly as possible.”

One regular user of Uber told StartupSmart while she has never taken Uber alone, she has “felt pretty safe” every time and will continue to use the service despite the assaults (and alleged assaults) that have garnered a lot media attention.

“While I totally acknowledge that there’s an issue with them not really being accountable or accredited in any way, I’ve had at least five or six really good experiences – particularly in London,” she says.

“They’re just as efficient as black cabs, much cheaper and a lot easier to flag down. So the assaults obviously disappoint me, but overall I think it’s a good service.”

In order to become an UberX driver applicants have to be at least 21-years-old and hold a driver’s licence with comprehensive insurance.

In order to be considered for UberBLACK, the company’s premium service, potential drivers must be a professional chauffeur with a commercial licence and insurance.